I stole this from James at Speculative Horizons: 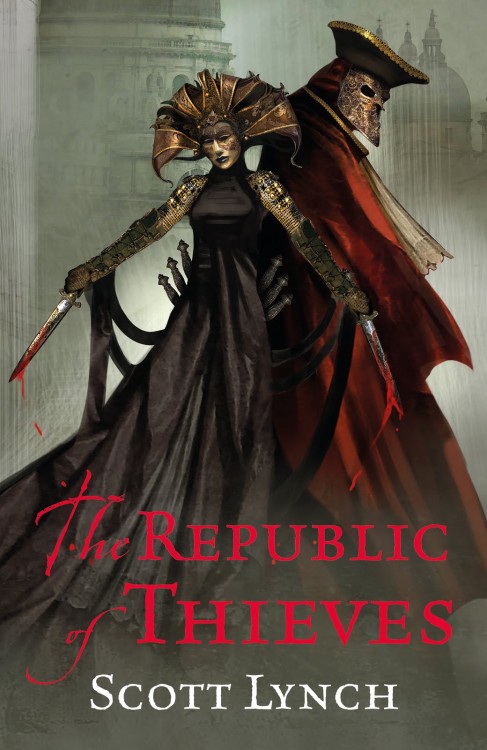 I’m rather partial to the original style of covers for the series (well, the original UK covers, at least), but can’t deny that the art is astounding. I’m not terribly sold on the nebulous grey background/buildings, but the characters fit the Venetian vibe of the novels, and are suitably garbed in black and red (a colour scheme you couldn’t botch if you tried). I like the originally leaked cover better (or was it the cover for The Bastards & The Knives? I can never tell…). Either way, Lynch has to be happy with the covers he’s been getting. Hopefully the novel’s so successful a mix of sophistication and bloody daggers as the cover!