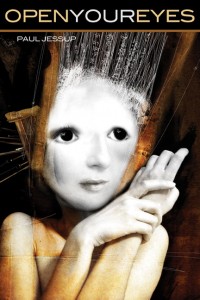 You’re probably reading all these posts from all these different authors swimming around in the blogosphere, and you feel like you’re drowning in a soup of labels and categorizations. You probably think you can’t possibly keep all this crap in your head right, and you wonder why (why? WHY?) do we need a million different ways to say the same damn thing. I mean, they’re all Science Fiction, right? Or they’re all Fantasy right? Why not just SFF? Or F/SF?

Let’s slip aside taxonomy for a moment here, and just focus on the labels that are all seeming to say the exact same thing differently. We’re skipping taxonomy and sub classifications and spin off genres for the simple reason that genre fiction is geek fiction, and geeks like to break things down and classify them. That’s what geeks do, and the more classifications we can make, the more complex this living organism of rules and logic and labels becomes, the happier we are. So we’re going to strip those away for a moment and focus on the big guns: Speculative Fiction, Fantasy, Science Fiction, Fantastika.

Why four labels to mean pretty much the same exact thing? Well, as you can probably guess we have politics at play here. Most things that are overly complicated for no visible reason falls back on politics, almost every single time. Once upon a time it was all Science Fiction. Even the hardcore whackadoo fantasy with giant flying wizards and muscle bound barbarian nomads with singing swords saving maidens from being eaten by a Cyclops. There is still some remnants of this, and how long it took the SFWA to include fantasy in its name (but not in it’s acronym, for some reason) because fantasy was considered a subset (subgenre) of Science Fiction.

So Fantasy, being a label all it’s own is important in ways, and obvious in others. But you’ll have some (and I won’t say just yet whether I agree with them or not) who think Science Fiction is really fantasy in disguise, it’s just fantasy with space ships, and is just as improbable as fantasy is, it just doesn’t realize it’s being improbable. So in a way, some people point out that fantasy is all there is. Again, the label, it is all politics. Once you get into subgenres it does become more about classification and ossification, but this big one here? All politics. Trust me. Tell someone you know who reads science fiction that it’s the same as fantasy and watch the fireworks. It’s a pure, guttural, emotional bile that’s spewed forth, all laced with the language of politics. If it was simply classification, emotion wouldn’t be involved, no, not at all. They would just shrug, correct you, and then not care.

Then let’s turn our gaze into Speculative Fiction. Oh my, this is the big elephant in the room. People slam this one as being snobbery, they slam it and say people who are ashamed of writing Science Fiction use this label, that they’re snooty intellectuals who are slumming it, whatever. The need for this name makes sense, and it’s also, again, almost all politics. Since the dark days of genre there has always been a split, a war, between two halves of the fiction: those who wanted to use genre tropes to thrill, and those who wanted to use genre tropes to make art. The art makers loved reading and writing thrilling stories as well as making their little opuses (opusi?). The thriller writers didn’t want art, they wanted pulp and nothing more. Thus speculative fiction was born, to give some breathing room to those who wanted more from their fiction than just a good time. Which of course, pissed off the pulp people even more, which was confusing (to me at least) since they thought the art crowd was then ashamed of writing pulp.

Which is it boys, do you want us in your genre or not?

Anyway, done with that side rant, onto Fantastika. I’m not a huge fan of any of these terms, to be honest. They all have various meanings and usages, and fantastika’s is an interesting one. Coined by Clute but used a lot by a few of my friends, it’s a catch all umbrella, and a very political one at that. Some I know use it to claim all writing is Fantastika, especially science fiction and fantasy. Fantastika is more of a European term, more of a term that means anything that invokes wonder and amazement. Again, Fantastika (because it’s not American sounding, I guess?) gets also slammed with the snobby label and the “what, SF/F not good enough for you?” accusations that Speculative Fiction gets. Although Fantasika (for my money) sounds far less snotty than Speculative Fiction, but that’s just me. Fantastika is, like all the others, pretty much a political term, that’s trying to rebrand SF/F to cover more ground, to be more interesting, and to get new ideas across.

Because in the end, if we just keep writing the same things over and over again, it gets stale. I know a lot of SF/F writers and readers are into the concept of Darwin- and they know in order to keep a healthy gene pool you need genetic diversity. It’s required. So why, then, I wonder, do we want such staleness in SF/F? The minute something new comes along they poo-poo it. They shirk at new labels, new ideas, new thoughts. That’s pretty much what all these names are deep down in their bones- they are new ways of seeing our genre, the genre we know and love. It’s a way of creating genetic diversity. And isn’t that something to strive for?

Paul Jessup has a beard (A BEARD) and plays with genre, and sometimes he takes that genre and makes things with it. Sometimes those things involve words, and the words add up, until they are big words and small words and novel words. And then people publish them and he dances. It’s a fun dance.