Fantasy Book Critic managed to get his hands on a working copy of the next novel in Robert V.S. Redick‘s first trilogy, The Chathrand Voyage. And it’s pretty bloody… well, pretty! 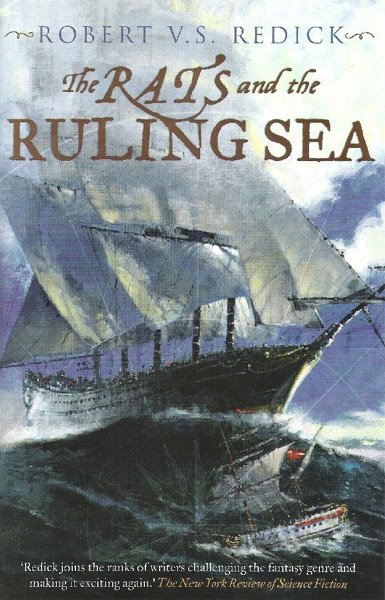 He also has a synopsis for The Rats and the Ruling Sea, which picks up where the first volume, The Red Wolf Conspiracy left off:

Thasha’s wedding is hours away. It is a wedding that will both fulfill the promise of a mad god’s return and see her murdered. Pazel has thwarted the sorcerer who would bring back the god but both sides now face deadlock. Can Thasha be saved? Can the war between two Empires be stopped?

The Rats and the Ruling Sea is, once again, focused on the giant ancient ship The Chathrand, but now she must brave the terrors of the uncharted seas including massive storms, ship-swallowing whirlpools and lands forgotten by the Northern world, all the time involved in a vicious running battle with a ship nearly her match…

Robert Redick’s new novel takes the reader further into the labyrinthine plots and betrayals that have underscored the trilogy from the beginning. Along the way, we will learn more about the Ixchel as they fight for survival against the Chathrand’s rats, discover more about the true motives of the conspirators, live with Thasha and Pazel as they face death & deceit, and journey with The Chathrand as it sails into the infamous Ruling Sea…

This is yet another reminder that I still need to give Redick’s first novel a chance, the trilogy seems right up my alley.