Peter V. Brett’s The Painted Man (known as The Warded Man in North America, sold like hotcakes and it seemed Subterranean Press noticed. Rather than re-releasing Brett’s novel (as they’ve done with Richard Morgan’s The Steel Remains, Joe Abercrombie’s The Blade Itself and many other novels), this time around they’re releasing a collection of short fiction called The Great Bazaar.

Mark, over at Walker of Worlds, showed off the cover art: 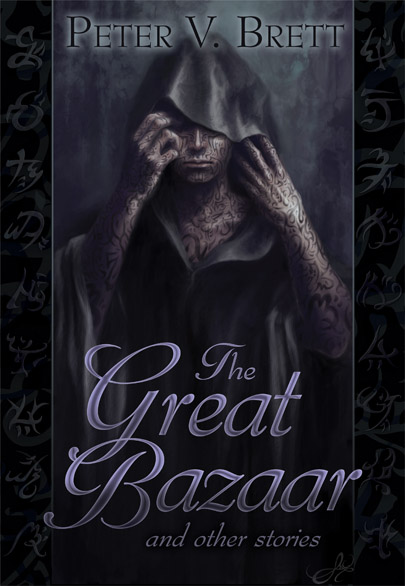 The Great Bazaar and Other Stories includes a long new story, as well as several outtakes from the first novel in the series — really, standalone short stories themselves — as well as additional material to flesh out Brett’s bravura storytelling.

I dig the cover art, and it’s sure to look even better in person. Knowing the quality of Subterranean Press’s other releases, this is sure to be a beautiful book. As a big fan of The Painted Man, I’m very eager to get my hands on this, to say the least!