I read, and enjoyed, Nights of Villjamur (REVIEW), the first novel in Mark Charan Newton’s Legends of the Red Sun series, a few months ago, just before its UK and Canadian release. Buzz online was good, which (along with positive sales, one would asume) led to Del Rey picking up the US rights to the novel (along with the sequel, City of Ruin). 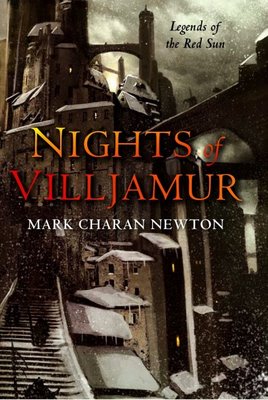 According to Newton’s website, US readers will be able to get their hands on Nights of Villjamur on June 1st, 2010. Astute followers of Newton will notice that this coincides with the June, 2010 UK/Canadian release of City of Ruin.