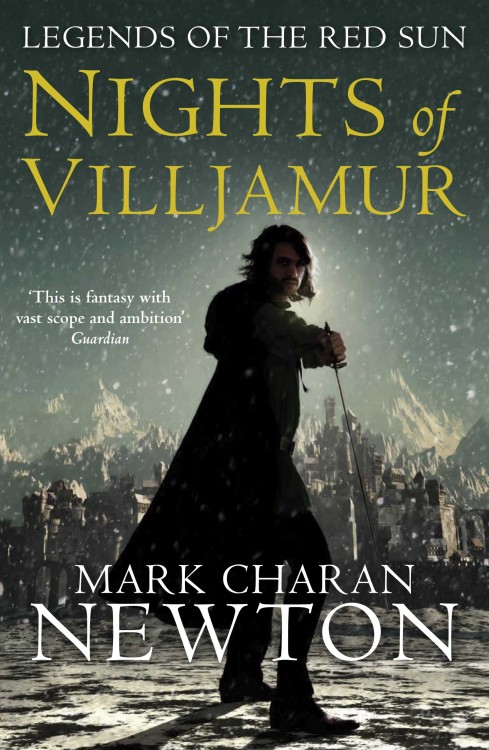 Another day, another Abercrombie & Fitch model in a cloak. At least this time the character represented, Randur, is a self-described playboy and pretty to boot. I’d love to be a fly on the wall in the meeting where it was decided that the best way to sell novels was to make every cover look the same, just featuring a slightly different pose for menacing fellow that they hope potential readers will project on themselves. White certainly better than the cover for Newton’s upcoming novel, City of Ruin, this new cover is missing all of the Hardcover’s atmosphere that perfectly captured the tone of the novel. Seperated from the content, I do quite like the yellow/green colour pallette used, though it’s an odd choice for a bleak Dying Earth-style setting.

Aww, well. At least I know the book between the pages rocks.