Yesterday I brought you the cover art for Under Heaven, the next novel from popular Canadian author Guy Gavriel Kay. Now today, thanks to Alec at Bright Weavings, I have a look at the equally impressive North American cover. 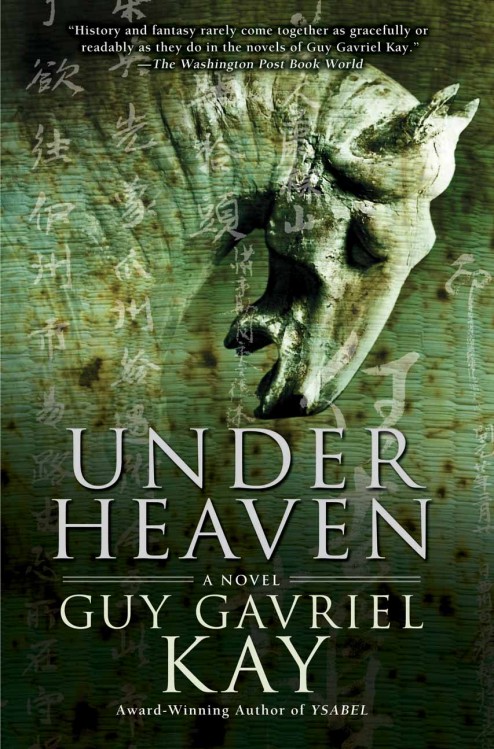 Taking a more literary route, the North American cover embraces the Asian underpinnings of the novel as surely as the UK cover. Though I enjoy the character art on the other cover, I can’t complain about them being left off here in favour of the armoured horse and the Kanji. This is one of those rare cases where the North American cover art just ekes out the victory. I expect this is one of those novels that will look really sharp when you pick it up in a bookstore. Either way, you really can’t go wrong with whichever version is released in your region.