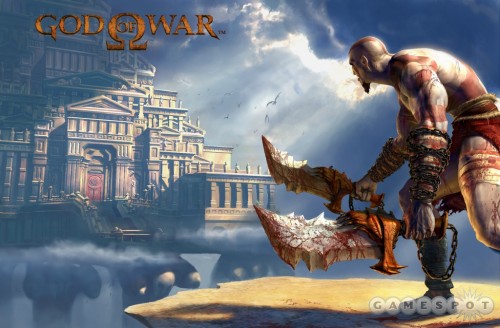 In a mirror image of the news that Richard Morgan is now writing Videogames, it looks like Matthew Woodring Stover, known for his Star Wars novels and The Acts of Caine series, has been pegged to write a novelization of the popular God of War videogame:

For any of you who have discovered you love my work so much you’ll read anything with my name on it, I should mention I have two new tie-in projects coming out next year – the novelization of the Sony game God of War, and a player to be named later (I don’t release project news before the publisher does – I guess I’m just superstitious that way).

Cover art hasn’t been released, but Amazon.ca has a description of the novel:

Offering deeper insights into the critically acclaimed God of War® franchise, this novel returns us to the dark world of ancient Greek mythology explored in the heart-pounding action of God of War I, the bestselling video game.

A brutal warrior, Kratos is a slave to the gods of Olympus. Plagued by the nightmares of his past and yearning for freedom, the Ghost of Sparta would do anything to be free of his debt to the gods. He is on the verge of losing all hope when the gods give him one last task to end his servitude.

He must destroy Ares, the god of war.

But what chance does a mere mortal have against a god? Armed with the deadly chained Blades of Chaos, guided by the goddess Athena, and driven by his own insatiable thirst for vengeance, Kratos seeks the only relic powerful enough to slay Ares . . . a quest that will take him deep into the mysterious temple borne by the Titan Cronos!

From the black depths of Hades to the war-torn city of Athens to the lost desert beyond, God of War sheds a brutal new light on the bestselling video game and on the legend of Kratos.

Any fan of God of War or Stover’s work can rest easy, as both are equally brutal, bloody and visceral enough to complement each other perfectly. In a perfect world, authors like Stover (and Greg Keyes) would be able to work exclusively on original fiction, but it’s also nice to see tie-in fiction from genuinely fantastic authors. With authors like Keyes, Stover Bear and Buckell all working on Videogame Tie-in novels, maybe it’s about time the naysayers start reconsidering.