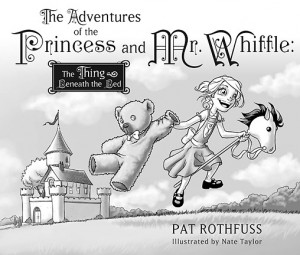 The Adventures of the Princess and Mr. Whiffle: The Thing Under the Bed

Thinly veiled as a children’s storybook, this long-awaited sequel to Rothfuss’ The Name of the Wind is a shocking departure from its predecessor. Sometime between the end of The Name of the Wind and the beginning of The Adventures of the Princess and Mr Wiffle: The Thing Beneath the Bed, Kvothe, the charismatic narrator of The Name of the Wind, has undergone an unusual transformation from male Kingkiller to innocent princess. The Catch? She lives in her castle alone. Kingkiller, indeed. Denna has been replaced by an even more irredeemable soul, Mr. Whiffle, the teddy-bear. 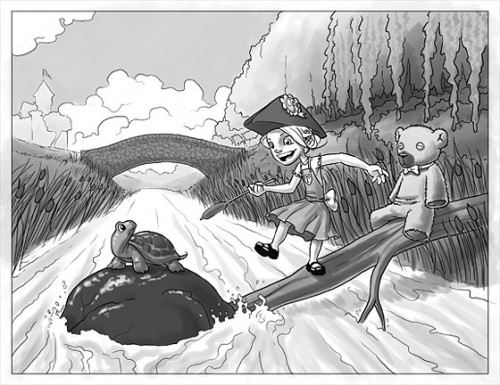 Rothfuss expounds upon the mysteries established in The Name of the Wind, focussing most of the novel’s plot and attention on The Thing under the Bed, a nefarious soul who’d make even Stephen King cringe. Some fans may be put off by the somewhat tangential nature of The Adventures of the Princess and Mr. Whiffle, what with it being a picture book and more or less ignoring the mythos set up in the first volume of the series, but those who dig past the simplistic prose, and deeper into the plot-behind-the-plot will find a story that adds yet another layer to The Kingkiller Chronicle and reveals further truths about the enigmatic mind of Kvothe.

In all seriousness, this its-a-childrens-book-for-adults from Patrick Rothfuss is a clever fairy tale that hits all the right notes to remind us old folk about the tales of our youth we may have forgotten. Rothfuss throws a twist on the formula by providing three endings to the tale, each more chilling and hilarious than the last. Strong art from Nate Taylor tops off the package and adds a charm beyond Rothfuss’ prose. It’s a fun, jaunty story that begs to be read time and again. Just beware to stop at ending one, if you don’t want your appetite ruined!