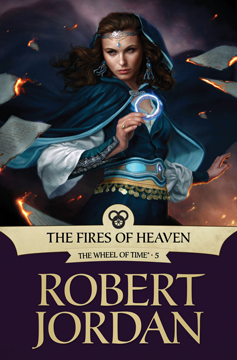 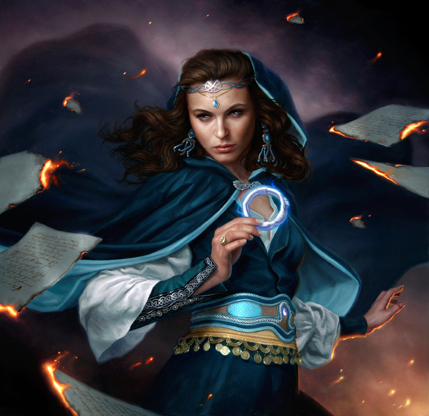 Absolutely incredible. Just as impressive are some of the preliminary sketches by artist Dan dos Santos: 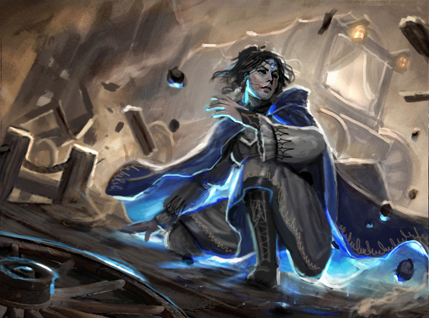 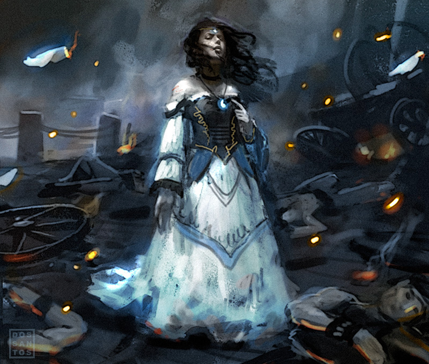 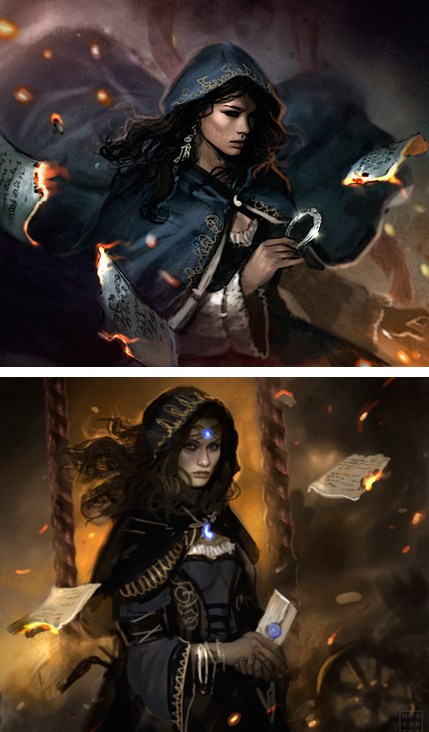 By this time in the series I thought we should start to see some of the many strong women in The Wheel of Time. After collecting notes from various people, and an extended lunch with Tor.com’s resident life-long WoT-fan Megan Messinger, it became apparent that Moiraine’s final action in The Fires of Heaven was a moment well worth commemorating.

It didn’t take long to decide who the artist should be: over the past seven years, Dan Dos Santos has risen to be one of the most admired voices in the field. His talent for painting preternaturally beautiful women and his mastery of an intensely chromatic palette made him an easy choice for depicting Moiraine.

The trick, it turned out, was showing a lead character in an atypical moment: a fight scene. Dan’s answer was to go beyond the actual fight and into Moiraine’s thoughts prior to the sequence, where she envisions putting several key elements into play that aid other characters on their journey.

To the new-comer, it’s a striking image of a woman amongst something chaotic and magical; to the fans, it commemorates a character at a deeply consequential moment while foreshadowing events in further books.

It’s hard to believe, but each cover in the series has been better than the last. I absolutely cannot wait to see the series re-issued in a physical format with these covers. Another bravo to Irene Gallo and the art department at Tor Books!