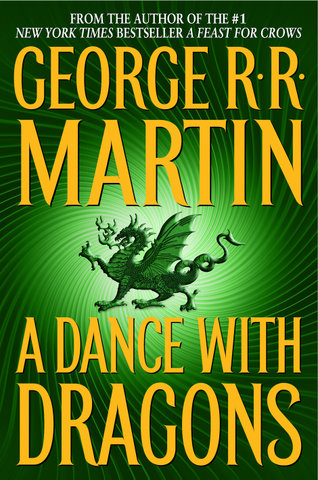 Several days ago, Pat’s Fantasy Hotlist posted an excerpt from George R.R. Martin’s upcoming novella, The Mystery Knight. I don’t think anyone was prepared for the volume of vitriol and caustic commentary that would follow. Nearly 250 comments in a matter of hours, most condemning Martin for the usual reasons: he’s fat, he’s old, he’s lazy, he likes Football, he should be writing, not sleeping or shitting. These are his most die-hard ‘fans’, remember. Pat had to turn off comments on his very popular blog, something he’s never done before.

Shawn Speakman from Suvudu first caught the attention of Martin fans a year ago with his article In Defense of George R.R. Martin. I wrote a response of my own with an article titled Why You Should Cut George RR Martin Some Slack. Now, spurred by the response to the excerpt from The Mystery Knight, Speakman and Suvudu have rounded up a few bloggers and posed a series of Martin-related questions. Is new ground tread? Likely not. But it’s a subject that keeps rearing its head with every year that passes and A Dance of Dragons is not on store shelves.

Below you will find my answers to the questions posed by Suvudu. Also involved are Adam from The Wertzone, Jeff’s Fantasy Review and, of course, Shawn from Suvudu.

Don’t George’s other pursuits—watching football, editing anthologies, traveling to other countries and conventions, blogging about his merchandise—hamper his completion of the new book?

No more than blogging, watching hockey, reading books, writing and editing a novel, playing Dragon Age: Origins or having a social life hampers my day job.

We don’t know what Martin’s schedule is like. He may work on A Dance with Dragons for 15 minutes every day, or eight hours every day. Either way, I don’t think he’s neglecting his bread and butter series for side-projects and hobbies.

Are readers of A Song of Ice & Fire entitled to be angry that George has missed his own created deadlines?

Sure. You’re entitled to get angry over anything that raises your ire. It’s the rude insults that bother me. Complain about Martin and his progress, but let’s keep it a bit more mature than calling him fat and old, okay?

Every time I think about those missed deadlines, I sigh, then go read something else. I don’t have time to wait for A Dance with Dragons.

Is it unethical for George to write on his blog about his other merchandise opportunities when the majority of people visiting his website are only interested in A Dance With Dragons?

As for his blog. Well, it’s his blog. Does it hurt his relationship with some of his fans? Yeah. But Martin is a guy like any of the rest of us. Hell, his blog is on Livejournal, of course he’s going to wax philosophical about his life.

Do I care about the Jets (Martin’s favourite Football team)? No. Am I interested in hearing about miniatures? Nope. But, many of my readers likely don’t give a shit about all the cover art I post or for updates on my writing. I do it anyway because it’s what interests me.

What boggles me is when people get angry about the Wild Cards series or Anthologies that Martin is working on. Isn’t it a good thing, getting more books that he’s had a hand in crafting? I suppose the issue is that there are George R.R. Martin fans and there are A Song of Ice and Fire fans. Some are happy with anything Martin puts out, some only want the mainline stuff.

Is it legitimate for a fan who has bought his previous books to criticize George since their money has helped his success?

No. They paid for a product then received and consumed that product when they purchased the previous four volumes of the series. I suppose if they were dumb enough to pre-order A Dance with Dragons two years ago there might be a claim for whining.

I don’t complain about the money I spent on my boxset of the original set Star Wars films because Episodes I-III were shit.

Does a reader have the right to critique an author’s professional conduct simply because they have purchased a book by them?

I don’t think someone needs to have purchased a book by an author to examine and critique something about them. Someone who borrowed the books from a friend or taken them out from the library is just as invested in the series. Neither do I think it’s a worthwhile endeavour to spend time examining the schedule of Martin’s bowel movements.

Doesn’t George have an obligation to finish books in a timely manner so his fans don’t have to keep re-reading his previous books over and over again?

Sure. If they want a hack-job ending that the series doesn’t deserve. There’s a reason Martin’s books have captured so many minds. Find any of the various dissections of the series, dive into their complexity and then ask yourself if it’s surprising that each book takes so damn long to write.

Does George have writer’s block?

It seems to me that Martin is the only one that can answer this. Has he written himself into a corner with the Meereenese Knot? Looks that way. Is it taking him an unusual amount of time to hack through the knot? Yeah. But he’s also just recently completed a Jon Snow chapter (though he admits that he’s finished it a few times) and thrown a different angle on the situation in Meereen by changing Point-of-View characters.

I suppose, in the end, it depends on what your definition of ‘Writer’s Block’ is. I’m sure Martin has enough material (whether A Dance with Dragons or his side projects) to keep himself from banging his head against the keyboard all day.

Isn’t the best way to show our displeasure with George is to not buy A Dance With Dragons when it is published?

What? No. Why bellyache if you’re not going to read the book? I suppose you could wait until the entire series is complete and then read it all back-to-back on your Space-tourism cruise to Mars.

If it has taken George five years to write the last two books, how long will it take him to write The Winds of Winter?

Who knows? It used to take Terry Brooks a couple of years to write a novel, now he publishes one every year. Because of the complexity of this middle section of the series (A Feast for Crows was going to be a very different book, for some time, and was half-written until Martin decided to scrap the idea of skipping the story forward by five years), we might see an increase in speed once Martin gets things back on track, presumably at the end of A Dance with Dragons. Or it may take seven years for the next volume.

Isn’t it insulting that George thinks he doesn’t owe his readers anything? Doesn’t he owe us, at the very least, the conclusion of the series since he is living off of the money that we paid him?

I dunno. A lot of authors take a fair amount of time to write. Robert Jordan, at the end of his life, was taking years between volume and never finished his opus. Stephen R. Donaldson and Diana Gabaldon take a fair while to release books. Christ, Melanie Rawn published the second volume in The Exiles Trilogy in 1997 and still hasn’t completed it, despite releasing two volumes of a new trilogy since then. There are worse case scenarios.

Has George ever apologized for the lateness of his last two books?

I dunno. He’s probably done so in passing on his blog somewhere, or at book-signings. Certainly many times to his publisher.

Don’t readers have an obligation to be patient with a man who is arguably writing one of the best fantasy series of all time and wants it done right, one that will be read long after his grandchildren are gone?

I’d say so. But not in the wait-eagerly-outside-his-door-patient-and-quiet-as-a-statue kind of patience, but with a more proactive patience. Seek out those authors that Martin includes in his anthologies – Daniel Abraham, Tad Williams, Diana Gabaldon, Robin Hobb, Dan Simmons, Kage Baker, Lucius Shepard, Jeff Vandermeer, David Anthony Durham and all the others – and see what inspires the man behind A Song of Ice and Fire. Hell, in the meantime we all might find an author we enjoy even more than Martin.

Do his other activities and hobbies like conventions, traveling, editing anthologies, and watching football actually help his writing?

Again, I’m not sure this is really a question that we can answer. Not without knowing Martin on a personal level. From my own perspective, I know that travelling and my other more leisurely pursuits have certainly added to my own skill-set as a writer. Hell, I wouldn’t have written a novel set in Ireland if I hadn’t travelled there and fallen in love. My second novel will see action in Prague and Paris, two other cities that I fell in love with when I took a break from my ‘day job’ and travelled.

On a baser level, everyone has their own way of winding down and resetting themselves after working all day. Certainly reading and editing fiction from some of today’s sharpest writers helps Martin hone his understanding of the craft. If Martin plays Fantasy Football in the evening, and that allows him to hit the keyboard hard the next morning, then I suppose you could say that it is beneficial to his writing. Does it make him a better writer? Probably not.

So, there you are. Agree, disagree? I’d love to hear the opinions of some people on the other side of the fence, since Shawn, Adam, Jeff and I are ‘defenders’ of Martin and his right to work as slowly as he needs to. I love controversy and heated discussion, just remember to keep it civil and respectful. Don’t make me turn off comments!