From The Hollywood Reporter: 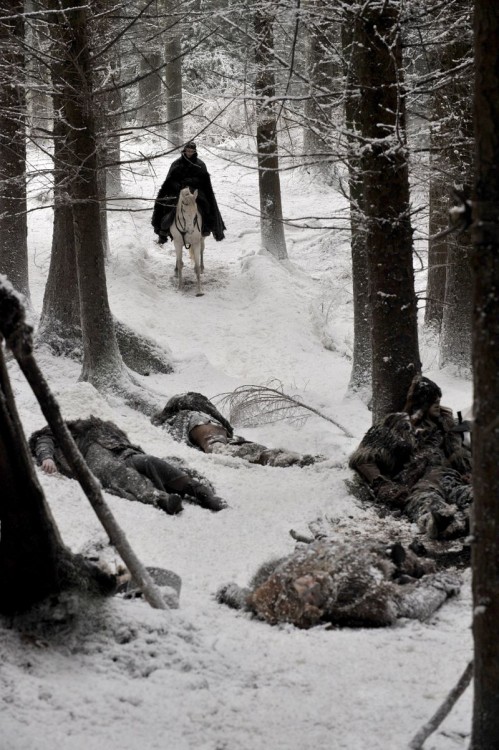 The premium network has picked up the project for a first season debut next spring (below is the first released photo from the series). Nine episodes plus the pilot have been ordered. Production will begin in Belfast this June.

From the moment the project was first announced in development, the series based on the George R.R. Martin novels has generated enormous, perhaps unprecedented, online interest for a series at such an early stage.

The sprawling tale set in the mythical land of Westeros tells the story of the noble Stark family who become caught up in high court intrigue when patriarch Eddard (played by Sean Bean) becomes the king’s new right-hand man. The four-and-counting books in the series would each be used as one season of the series.

Unlike many fantasy novels, the “Thrones” series largely avoids relying on magical elements and instead goes for brutal realism — think “Sopranos” with swords. Martin, a former TV writer (“Beauty and the Beast”), writes each chapter as a cliffhanger, which should lend itself well to series translation.