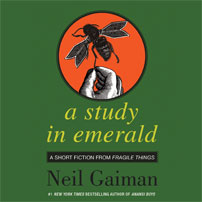 A few short stories from one of my favourite authors:

A few of these can be found in Fragile Things, a collection of Gaiman’s short fiction. Beyond these stories, Gaiman’s website offers a whole whack of other ‘Cool Stuff’; you can find it all HERE.