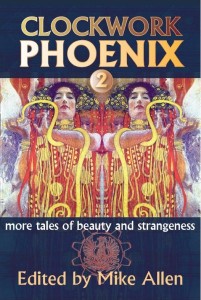 I first caught wind of Saladin Ahmed when he was interviewed by the charming Blake Charlton. I was impressed with the interview, and the things he said of embracing Muslim themes and mythology and integrating them into the sometimes stale Fantasy genre. When I saw that his short story Hooves and the Hovel of Abdel Jameela was on the ballot for the Nebula Award, I figured it was time to get my ass in gear and give his fiction a go.

As soon as I arrive in the village of Beit Zujaaj I begin to hear the mutters about Abdel Jameela, a strange old man supposedly unconnected to any of the local families. Two days into my stay the villagers fall over one another to share with me the rumors that Abdel Jameela is in fact distantly related to the esteemed Assad clan. By my third day in Beit Zujaaj, several of the Assads, omniscient as “important” families always are in these piles of cottages, have accosted me to deny the malicious whispers. No doubt they are worried about the bad impression such an association might make on me, favorite physicker of the Caliph’s own son.

The latest denial comes from Hajjar al-Assad himself, the middle-aged head of the clan and the sort of half-literate lout that passes for a Shaykh in these parts. Desperate for the approval of the young courtier whom he no doubt privately condemns as an overschooled sodomite, bristle-bearded Shaykh Hajjar has cornered me in the village’s only café—if the sitting room of a qat-chewing old woman can be called a café by anyone other than bumpkins.

I should not be so hard on Beit Zujaaj and its bumpkins. But when I look at the gray rock-heap houses, the withered gray vegetable-yards, and the stuporous gray lives that fill this village, I want to weep for the lost color of Baghdad.

Instead I sit and listen to the Shaykh.

As a writer, one of my goals is to transport not only myself to another place, another realm, but the readers as well. I could learn a thing or two from Ahmed. In Hooves and the Hovel of Abdel Jameela, Ahmed takes Iraq, removes any reference to time period, and paints a haunting, dusty picture of a world as alien as it is similar. The story of Abdel Jameela and his mysterious wife is curious and alarming, magical and unsettling. Ahmed has the ability to touch on all the reader’s senses, the psychedelic synesthesia during the climax (for lack of a better term) of the story being the most obvious and memorable example – he embraces those little details that so many authors ignore. For writing about something I am totally ignorant of (the Middle Eastern setting, the mythology, etc…), Ahmed, in the slim space provided by a short story, set me down in his world and made me forget, if only for a short time, of my own.

It’s nice to see a writer stepping outside of Fantaty’s typical faux-medieval politics or over-sexed vampires and draw fantasy from a mythology that is unusual but rooted deep in our world. Looking at the blockbuster releases and the bestselling authors, it’s easy to complain that the genre is getting stale, but with writers like Ahmed providing alternatives, it seems like a silly comment to make.

In short, Hooves and the Hovel of Abdel Jameela is only the first of what I hope to be many trips into the weird, wonderful world of Saladin Ahmed.