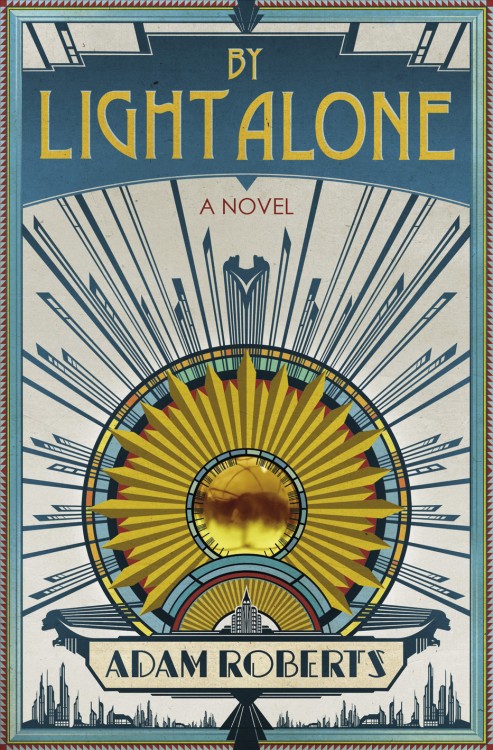 In a world where we have been genetically engineered so that we can photosynthesise sunlight with our hair hunger is a thing of the past, food an indulgence. The poor grow their hair, the rich affect baldness and flaunt their wealth by still eating. But other hungers remain . . . The young daughter of an affluent New York family is kidnapped. The ransom dermands are refused. Years later a young women arrives at the family home claiming to be their long lost daughter. She has changed so much, she has lived on light, can anyone be sure that she has come home? Adam Roberts’ new novel is yet another amazing melding of startling ideas and beautiful prose. Set in a New York of the future it nevertheless has echoes of a Fitzgeraldesque affluence and art-deco style. It charts his further progress as one of the most important writers of his generation.

You know how I like to complain about cover art being boring, derivative and blandly figure-centric? Well, you won’t be hearing any of those complaints today. Lovingly kitschy and spot on for the tone and setting of the novel.