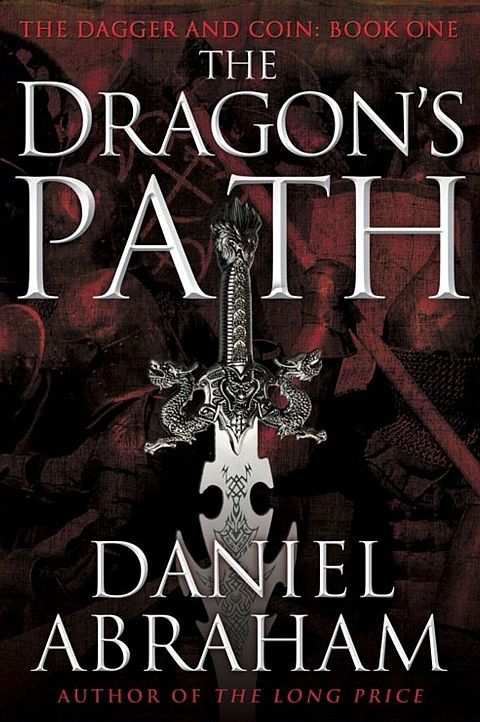 To top off a week-long deluge of information regarding Daniel Abraham and his upcoming The Dagger and the Coin series, we’ve got a first glimpse of early cover art for The Dragon’s Path, the first volume in the series.

It’s from a catalogue, so likely it’s an early draft, but, well, I kinda dig it! It doesn’t blow my socks off like the Tor Books editions of The Long Price Quartet (A Shadow in Summer, The Price of Spring), but it’s succinct and ‘Fantasy’ without being over-the-top and should appeal to the Joe Abercrombie/Richard Morgan/Paul Kearney/Brent Weeks crowd, which is a very good thing, in terms of his marketability and expanding his audience. Particularly, I like the choice of classic art used in the background, rather than going with something more contemporary. It’s a small touch, but a nice one. My frothing demand for this novel grows.

If/when I get my hands on it, I’ll be sure to post the final version of the cover.