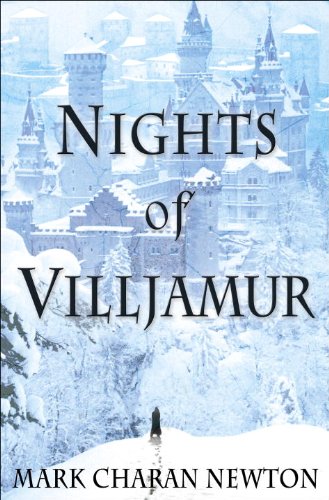 This article was originally written for and published at SFSignal. Go check it out!

Recently, Mark Charan Newton, author of Nights of Villjamur, as he’s wont to do, stirred some feathers when he challenged several bloggers to diversify their book coverage, to shift focus from all the frontlist new releases and give more coverage to the wonderful backlist of the genre. Long story short, the blogosphere can only handle so many reviews of Mockingjay by Suzanne Collins, The Way of Kings by Brandon Sanderson and The Black Prism by Brent Weeks. Authors and novels of high profile get a huge push from their publishers, and that results in coverage from every blogger under the sun; Newton argues that it would do everyone (reader, author and reviewer alike) some good to look into the past.

Myself and Larry Nolen, from OF Blog of the Fallen, disagreed with Newton, at least in part. We agreed with Newton that diversification is a good thing, but that true diversification means so much more than just dipping your toe into the forgotten classics of the genre; rather, it’s about stepping outside the boundaries of the frontlist books (you know, those ones that are shoved down your throat through blogs, twitter, Facebook, newsletters, bookstore promotions and heft marketing budgets) and explore what else the genre has to offer, regardless of whether it was released today, a month ago or before the Toronto Maple Leafs won their last Stanley Cup (1967, for all you non-Hockey fans reading this). The Speculative Fiction genre has so much to offer that you could pick books out at random and never run out of good reading (granted, there’s an equal share of bad reading in there, but it’s good to experience that from time to time, to keep perspective), so why are we bloggers and reviewers often obsessed with keeping up with the times?

Of course, discussions on the ethics of bloggers are boring. But this call for diversification is something all readers might consider, whether they end up taking Newton’s advice or not.

Growing up, I was a big fan of what I now think of as Bubblegum Fantasy. I devoured Terry Brooks; I couldn’t get enough of R.A. Salvatore; Tolkien opened my eyes to Fantasy; and Terry Goodkind and Robert Jordan convinced me that an 800 page novel was nothing to be afraid of. I read it exclusively, to the detriment of every non-genre book in existence. I’d find a new author and burn through their library as quick as I could (which was fast, being a high school student with too much time on his hands.) Each author was more or less the same as the last, but they all brought their own touch to those familiar stories. It was an exciting time for me. I was exploring worlds I never dreamed could exist. But, over time, that euphoria became more difficult to capture. What was once exciting was now banal, predictable. Still, I jumped from one big Epic Fantasy series to the next, always trying to recapture what I felt from my youth. Blaming the authors for writing tripe, but never thinking to consider that the fault may be my own.

It took a long time before I figured out what the problem was. The Internet offers readers a chance to join a community unlike any that’s existed before. At our fingertips is access to literally thousands upon thousands of other fans, each as passionate and knowledgeable about the genre as you could ever hope for. Now, I don’t know about you, but when I was growing up, my friends and I pulled novels from the same pool. There was no real diversity to our tastes; no one to shove new books in my face and say, “Dude, you have got to read this.”; no one to challenge me to expand my horizons.

Enter the Internet. Now, despite being relatively young, I’m going to sound like an old codger for a moment, but hear me out. When I was growing up, and discovering the Fantasy and Science Fiction genres, the Internet barely existed. Sure, I could download DOOM demos over my 28.8k modem, or squint through pages of ASCII porn, but there was little community to it; certainly there was no blogosphere, no forums filled with thousands of people (BBSs existed, of course, but they were hardly the font of activity equivalent to today’s message boards), nor were there twitter blasts, Facebook fan pages or easily accessible reviews. Word of mouth ruled the day, and that limited my scope. When I started blogging, I entered the Internet community full force, and all off a sudden I was introduced to this vast collection of people with an incredible diversity of opinion and taste. It was like the doors were blown from my little cabin in the woods and all of a sudden I found myself in the middle of London, a whole strange world opened up to me. Immediately my tastes began to expand. I started straying away from my comfort zones, from those authors who were immediately familiar to me, and slowly I found my excitement for the genre begin to grow again. By expanding the reach of my literary arm, I began to recapture that sense of wonder that my jaded self had forgotten. Instead of re-reading a Terry Brooks novel, I’d go out and find something new, a novel that would place me in a world or a situation that was unfamiliar to me, that forced me to learn a new set of rules.

As I’ve blogged, I’ve tried to make a conscious effort to expand my reading. Of course, my first true love will always remain with Epic Fantasy, but meeting those people on message boards, and Twitter, blogs and Facebook, has opened my eyes to the idea that I like to try new things. Do I always review the novels that I read? No, sometimes I tackle them as a reader and a writer, somebody who wants to enjoy a novel without a critical eye, to learn from it and gain insight into the history of the genre. To take a snapshot example, my last six reads have been: 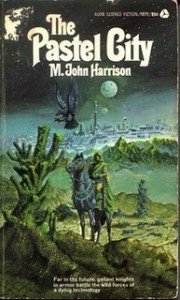 Might not touch the reading lists of other Internet pundits, perhaps, and is still confined to just one corner of Speculative Fiction, but I feel it’s a nice, wide-ranging look at the different strengths of my favourite genre.

This diversification is good, right?

Well, apparently not for everybody. I was startled recently when I read this review of Terry Brooks’ Bearers of the Black Staff, and most particularly by this quote:

When it comes to fantasy, I want to read about badasses with big swords and magical powers punching and zapping each other. There is some of that in Bearers of the Black Staff, but not enough for my taste.

Now, of course, every reader is entitled to their tastes and opinions, but it made me, well… sad to see someone be so dismissive of what I think are the ultimate strengths of the genre. Sure, I like magical powers, big swords and badasses in some of my fiction, too; but, I also love works like Daniel Abraham’s The Long Price Quartet, or Guy Gavriel Kay’s Under Heaven, which feature none of those things but showcase some of the best that Fantasy has to offer.

But, maybe that’s okay. Ultimately, we all read because it brings us pleasure, it helps fill the quiet moments in our day, whisks us away to some other world. I was comfortable in my tropes, but ultimately found myself constricted by them. Comfort was confused for contentment. Luckily I discovered this soon enough to recover from the doldrums.

Whether you’re the type who’ll read whatever catches your eye in the grocery store line-up, or you order obscure translations of Serbian literature from dodgy used bookstores in Manhattan, it’s important to always remember how reading captured your excitement in the first place. The next time someone shoves a book in your face and says, “Dude, you have got to read this!”, don’t shake your head and say, “Ahh, no, doesn’t look like something I’d like.” Instead, give it a shot. You might just find you like it. A lot.