As I’ve mentioned on twitter a few times, I’ve begun doing some work for the inestimable Geek’s Guide to the Galaxy, a fantastic podcast hosted by John Joseph Adams and David Barr Kirtley. Not familiar with the podcast and want to know why you add them to iTunes? How’s a list of guests including George R.R. Martin, Naomi Novik, Jonathan Coulton, Blake Charlton, Cherie Priest and Paolo Bacigalupi sound? Pretty good, no? These guys have worked with some of the biggest and best personalities in the industry and I’m excited to be on board.

Geek’s Guide to the Galaxy is now hosted by io9, and the re-launch episode features an interview with George R.R. Martin, along with a whole lot of discussion of his work (A Song of Ice and Fire-related and not). 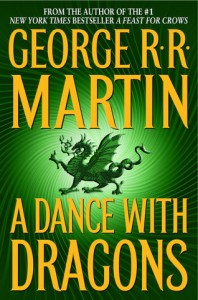 George R.R. Martin, author of A Song of Ice and Fire, joins us to talk about his short fiction, his novels, and the HBO adaptation of A Game of Thrones. Dave and John discuss Martin and his work.

Some of my favourite snippets from the show notes:

10:49 Gathering contributors for Songs of the Dying Earth

38:43 Continuity between newer and older novels; would George like to go back and change anything in his earlier books?

46:01 Hacking at the infamous “Meereenese Knot”

48:29 Merging the timelines of A Feast for Crows and A Dance with Dragons

52:49 Will HBO streamline the series for Television?

59:02 John reminisces about Meathouse Man and… sex with zombies?

1:16:49 What to read while waiting for A Dance with Dragons; fantasy inspired and influenced by George R.R. Martin: Scott Lynch’s Lies of Locke Lamora, Roger Zelazny’s The Chronicles of Amber, Gene Wolfe’s The Book of the New Sun, Brian Ruckley, Swords & Dark Magic, edited by Jonathan Strahan and Lou Anders, Glen Cook

So head on over and listen to Episode #22 of Geek’s Guide to the Galaxy.