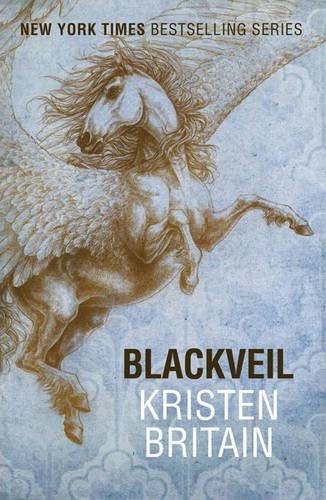 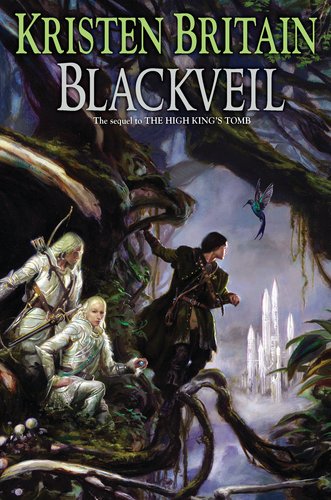 Two very different takes on Blackveil by Kristen Britain. I’ve never read Britain’s Green Rider series, but in my younger days I was always very attracted to the cover for the titular first volume, Green Rider. I mean… who didn’t think a disappearing ghost horse was cool?

The US cover features art from Donato Giancola, one of my favourite Fantasy artists and hits on every note that originally drew me to The Green Rider. It’s a Fantasy cover to the nth degree, but sometimes I like that. Still, my tastes have grown in the past 13 years and, as much as I can appreciate the US cover, the UK cover appeals to me much more and matches just as well with the series’ previous UK covers (Green Rider, First Rider’s Call, The High King’s Tomb); I imagine those four look mighty fine side-by-side on a bookshelf.

Either way, Britain’s not done poorly in either region.