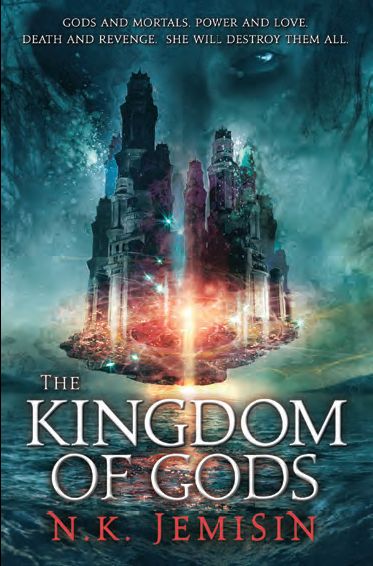 Just to ensure that Orbit Books doesn’t curbstomp me, I should make it clear that this is likely an early catalog cover and is subject to change (slightly or drastically) before the book ships later this year. For example, the first cover for Jemisin’s The Broken Kingdoms looked like this, the second (and final) version looked like this.

Phew. With that out of the way, can I squee? I don’t love it quite so much as the cover for the first and second volumes in Jemisin‘s The Inheritance Trilogy (no, not this one), but only due to my partiality towards the colour palettes used. It’s easy to say that Jemisin’s trilogy is one of the most consistent and sharpest looking sets to hit store shelves in years. Designer Lauren Panepinto and artist Cliff Nielsen deserve much attention and back-patting. It’s a crying shame that Orbit never released them in hardcover.