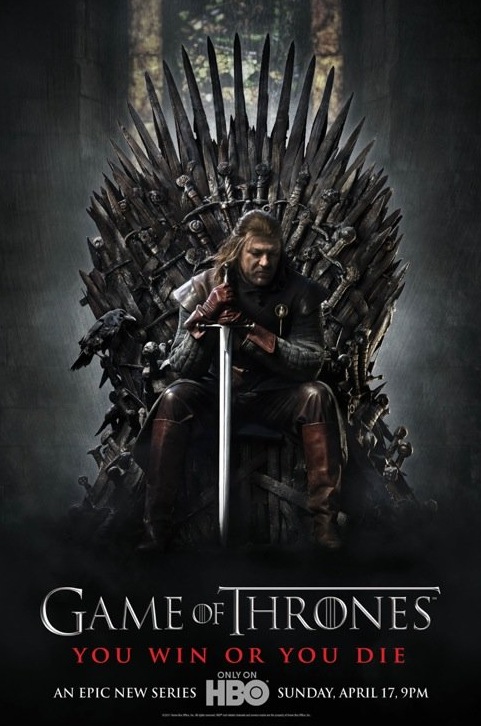 I know I shouldn’t draw attention to this, it’s exactly what the editors of the New York Times were hoping for when they green-lit the review, but I just can’t help it. Long story short, a reviewer at the NYT didn’t like the first episode of HBO’S Game of Thrones. And you know what? That’s okay. What’s not okay are her poorly considered and narrow-minded criticisms; not to mention her tasteless views of Fantasy and women.

There’s an argument out there that the NYT should have handed the television show to a reviewer with a taste for and a history with Fantasy literature and cinema. I don’t fully agree with this, however. One assumes that the early viewership of the show will primarily be made up of fans of Martin’s series, an already established audience, but as the show moves on (and garners more critical acclaim, as it has everywhere besides the NYT), that audience will continue to grow and reach outside the typical circle of core Fantasy consumers. Does one need to be immersed in 60’s corporate politicking to enjoy Mad Men? No. Does one have to understand the Tudor dynasty to enjoy or critique The Tudors? So, newcomer to Fantasy is reviewing a Fantasy product. There’s a whole swathe of the audience who will be ignorant of the genre’s history. I’m fine with that.

Regardless of any past experience, however, if one chooses to review a product (especially a paid review), isn’t it fair to expect them to go in with an open mind and a willingness to immerse themselves in an unfamiliar vocabulary and set of rules?

Well, the author of the New York Times review of HBO’s Game of Thrones doesn’t seem to think so.

Here are two of my favourite quotes:

The true perversion, though, is the sense you get that all of this illicitness has been tossed in as a little something for the ladies, out of a justifiable fear, perhaps, that no woman alive would watch otherwise. While I do not doubt that there are women in the world who read books like Mr. Martin’s, I can honestly say that I have never met a single woman who has stood up in indignation at her book club and refused to read the latest from Lorrie Moore unless everyone agreed to “The Hobbit” first. “Game of Thrones” is boy fiction patronizingly turned out to reach the population’s other half.

If you are not averse to the Dungeons & Dragons aesthetic, the series might be worth the effort. If you are nearly anyone else, you will hunger for HBO to get back to the business of languages for which we already have a dictionary.

Frankly, I can’t tell which is a more reprehensible statement: that for television to be good it has to be rooted in the cliche and familiar, or that women don’t like dragons and knights and wouldn’t watch the show if it didn’t have explicit sex scenes. Just wait until the reviewer gets a glimpse of some of the Tyrion/Shae sex scenes in the second season. In the meantime, she can go back to watching Nikita in all its contemporary glory.

Congrats, Ginia Bellafante! Not only do you write for the New York Times… you also get to publicly set both women and Speculative Literature back to the gutters they used to occupy and that we’ve all so often fought our way out of. I hope you’re proud.

Now, where’d I put my copy of Water for Elephants? Must’ve got lost when my fiance was baking bread and starching my sheets. Awe well… I’ll just go re-read this amazing rebuttal by the good folks at io9.