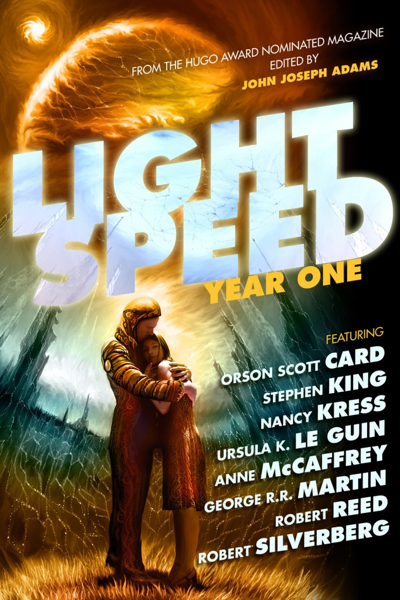 The popular, critically-acclaimed Lightspeed is edited by bestselling anthologist John Joseph Adams. Lightspeed publishes all types of science fiction, from near-future sociological soft sf to far-future star-spanning hard sf—and everything in between. Each month, Lightspeed features a mix of original and classic stories, from a variety of authors, showcasing the best new genre voices along with bestsellers, award-winners, fan favorites, and notable authors readers already know.

And the Table of Contents:

I know it might seem silly to be anticipating an anthology that’s full of short fiction already available to read for free on the web (or eReader), but I admire Adams and his work and, well… that cover’s just lovely! In case you needed a bit of reading for the weekend, I’ve provided links to each of the stories on Lightspeed’s website!