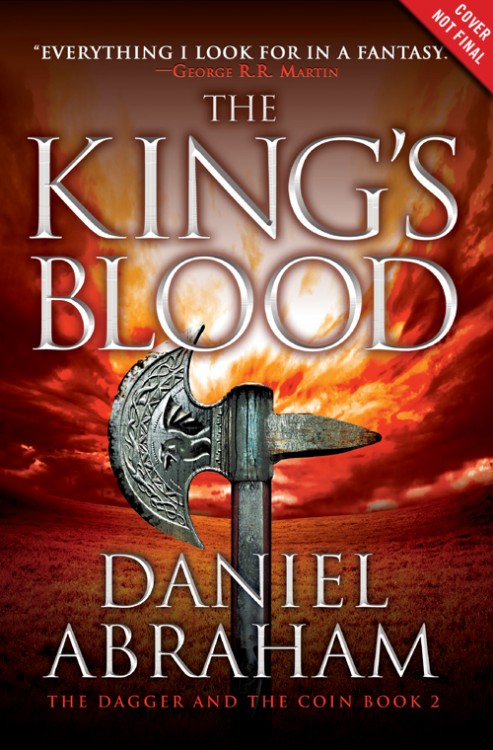 War casts its shadow over the lands that the dragons once ruled. Only the courage of a young woman with the mind of a gambler and loyalty to no one stands between hope and universal darkness.

The high and powerful will fall, the despised and broken shall rise up, and everything will be remade. And quietly, almost beneath the notice of anyone, an old, broken-hearted warrior and an apostate priest will begin a terrible journey with an impossible goal: destroy a Goddess before she eats the world.

An early cover nicked from the recent Orbit Books catalog. A decent continuation of the cover for the original book in the series, The Dragon’s Path. Not much else to say, other than to re-assert my slavering anticipation for the novel.