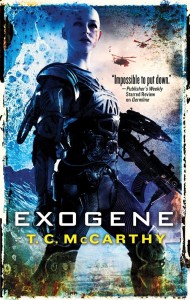 First stop: the Visitor’s Center, which my tax dollars support, and which I reasoned “would surely want to help a local author, especially considering not many local authors have had a shot at this kind of gig.” Not exactly. The lady behind the counter glared at me when I interrupted her knitting, and even my explanation that she could have a free copy of Germline if I could leave a few fliers for my book-signing did nothing to change her mood. She sighed and handed the book back. “Leave the flier with me,” she said, “I have no place to put them but maybe there’s room on the table outside.” OK, I thought, fine; so I tried to hand her a stack of fliers but she shook her head and went back to knitting; “I’ll only need one of those.”

Second stop: the Center for the “Arts.” Going in I thought “here I’m sure to find like-minded people who understand how hard it is to get ahead in an artistic field, and who will want to give me a tiny spot in the window where I can hang up a poster; hell, they might even read the free copy of my book and tell their friends about my signing.” Wrong. The lady at the desk listened to my sales pitch and took Germline between two fingers – like it could infect her – and said, “oh no, not one of these kinds of books!”

I shook my head, trying to make my laugh sound convincing. “Uh…no, it’s not like those at all. Could you guys maybe hang up a poster, though? For my book signing?”

“Hmmm.” The chick’s smile faded as she shook her head. “I don’t think so.”

“But I thought you guys supported local artists; some might call writing an art.”

I nodded, pretending to understand, and said on my way to the door. “I can assure you; I won’t be making any profit from a book signing.”

“Oh, I believe that. You won’t see a penny until you sell a million.”

Third stop: the local Library. Librarians are people who “get” books: the literate, the initiated, the readers. But at this point I was tired of rejection and at first didn’t offer a free book, instead just asking to leave a stack of fliers. “No,” the librarian said, “you’ll have to talk to the Library Director, and he’s out to lunch right now.” When asked if it would be possible to leave a few free copies of Germline for patrons, she repeated “you’ll have to speak to the Director.” At this point I detected a pattern and scratched my head, wondering if I had forgotten to put on deodorant that morning before retreating to my house and locking the door.

OK, you got me: with the exception of my reception at the Arts Center, these experiences have nothing to do with genre vs. literary fiction, and everything to do with preparing ahead of time. The fact is that nobody gives a damn that I’m an author; these people have day-to-day concerns. Also – and this may be a southern thing – the prevailing attitude around here is that initiative can get you in trouble, so it’s better to say “no” and avoid taking any responsibility. What’s my point? I was an idiot, maybe a little arrogant, and should have made appointments with the managers at these places to explain who I am, what I’m trying to do, and what’s in it for them. So if you’re a new author (like me) takes this lesson to heart: unless you’re a critic’s darling at the NYT, WSJ, and Entertainment Weekly, selling thousands of copies a week, chances are that you care deeply about your book but NOBODY ELSE DOES. So do yourself a favor and prepare ahead of time for these types of activities.

Then again, I live in a very small town and there’s one thing that still bugs me: not one of the people above, who work for organizations that should show some support for local authors, said anything positive. It’s not like this town is churning out a new Faulkner every week. The bright side is that the manager of Books-a-Million has been incredibly helpful, and made calls to other authors she knows, going above and beyond the call of duty to help draw people in and put together posters to advertise my book. There’s not enough thanks for her, and if this signing goes well she deserves all the credit.

Long story short: you’re all invited to my first book signing at Books-a-Million in Aiken, South Carolina, on October 8th, 2011, from 1 to 4 pm. I hope I’m not the one twiddling my thumbs, but you never know…

T.C. McCarthy has lived in lots of places (the SF Bay Area, Australia, and places he'd rather not mention) but he always seem to wind up back in the south because it's just like the third-world - except with good barbecue. And, he's a writer; his first novel is scheduled for publication in 2011. For more information check out Pharmacon, follow him on Twitter, or check out his bio from the Hachette Book Group.