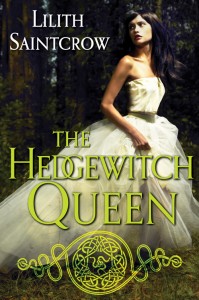 Well, this is interesting:

We’re thrilled to announce our first ebook only publication from New York Times Bestselling author Lilith Saintcrow! We’ll be publishing The Hedgewitch Queen in December 2011, and the sequel, The Bandit King, in July 2012 in both the US and the UK. The series will be available across all digital reader platforms.

There’s an adage going around the publishing industry (generally in defense of eBooks being sold for the same price as paperbacks) that the cost of producing/storing/distributing/paying middle-men (ie. bookstores)/dealing with returns is negligible for publishing companies. The real cost, of course, is in editing/copy-editing/layout/cover art/royalties/marketing, which is the real meat of the success in the hearts and minds of readers. So, despite not needing to be stored/distributed/printed/returned/etc…, eBooks often cost the same or only marginally less than paper books. Of course, most of these tasks are done for the physical books (whether there’s to be an eBook published or not), so all that’s left is proofing and layout of the eBooks. Sadly, to anyone (like me) who’s read a fair number of eBooks, it’s clear that many publishing companies put little-to-know effort into proofing/layout of their eBooks. It’s not to say that *good* eBooks are cheap to produce, Lou Anders and Pyr Books (who produce some of the finest eBooks in all of publishing) would tell you differently, but that and eBook-only release of these novels suggest that Orbit’s experiencing something of a lack of faith in a more traditional Fantasy novel penned by an author known almost exclusively for her Urban Fantasy.

So, it seems strange that Orbit Books would be so excited about their first eBook-only launch of a novel (or, in this case, a set of two novels), so ‘thrilled’ to limit the audience of one of their premier authors, to publish a book with only a partial bit of their publishing oomph behind it.

Does it suggest that the eBook market has matured to the point where it’s a viable medium in which to solely distribute and sell novels? Orbit thinks so; many, many self-published authors (like John Locke or, until recently, Michael J.Sullivan) believe so. Or is it a case of a publisher trying to spit shine their lack of confidence in the novels being able to recoup the costs associated with a physical release? Lilith Saintcrow isn’t a small fry, she’s got a heck of a lot of readers. But what about those unfortunate fans that don’t own an eReader or have no interest in reading the novels off their computer screen/smart phone (via the free Kindle/Kobo/etc… apps)? And if there’s little extra cost associated with printing/storing/selling physical books (at least not enough of an appreciable difference to bring down the cost of eBooks), why not produce (even in limited quantities) a physical edition for those fans? It’s a daring experiment on Orbit’s part, and not one I’m confident will bear great fruit.

And what’s in it for Saintcrow? Higher royalties, presumably, but there’s no way that Orbit’s matching Amazon.com’s the 70% royalties that she’d get if she self-published the novels. Market penetration of eReaders is high, but even if 50% (which is being extremely generous) of her readers were willing to read eBooks, that’s still a hell of a lot of sales left on the table. Why limit a target audience when Orbit is more than capable of producing and marketing physical copies alongside the eBook release (like, you know… a normal book release)? To dip their toes in the water and see how Saintcrow’s audience responds to her shifting genre?

This isn’t a step forward for publishing, but a rather startling look at where the publishing industry might be headed. Is this a case of Orbit saving some cash, or taking a chance and publishing books that wouldn’t have been good enough for publication the old fashioned way. Either way, it’ll be one heck of an interesting experiment to watch. Educate me, because I’m not seeing how this is beneficial to anyone.