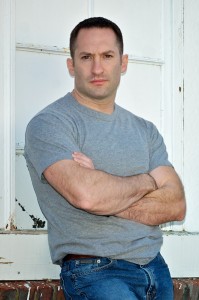 But, time has rolled on. Dad’s blind in one eye. I don’t trust his driving and he talks too much on the phone. I love him to death, but what is up with those pastel yellow pants? Just as I don’t want to be in a car with him behind the wheel, I don’t necessarily want him recommending me SF/F out of the NYTROB (not that they ever review the stuff anyway). I’m not a big Glenn Reynolds fan, but he was largely right in his Army of Davids. The Internet has diversified and broadened the arena of tastemakers, and I have long since turned to a bevy of blogs (the smaller and more independent, the better) to get advice on what to read next.

I look for many things in blogger book reviews, but the most important is lack of authorial voice. Yes, I said “lack.” Authors are egotists, and that’s no exception in writing book reviews. One of the things I like best about The Economist magazine is that it never includes authorial bylines. The result is that no author in that magazine will ever be praised or lambasted for what they write, and I really feel like I’m getting my news unvarnished by ego. I like the same feeling in a book review. When I go on a job interview (and may heaven forfend my ever having to do that again), I wear a suit and tie, not because I like that clothing or feel it says something about me, but because it is neutral dress and makes my appearance recede into the background. It encourages the interviewer to focus on what I’m saying, instead of what I look like. I think good book reviewers do the same thing.

I’m not looking for flash, likeability or personality. I’m looking to be counseled. I don’t have a lot of money. When I buy a book, I want to be assured I’m not wasting my money.

Here are some of the blogs I’ve come to rely on in recent years. CAVEAT: This list is NOT exhaustive (I read a TON of blogs) and in no way denigrates the blogs that aren’t on here. I am NOT slighting/slamming you if I forgot to mention you here. This also omits what I consider to be “industry” blogs (like Suvudu or Tor.com) that are run by publishing houses. These are great resources and I use them a lot, but I want to focus on individuals here. Also keep in mind that this is just my opinion of who is important/big and who is not, and not supported by any real mining of data. I welcome debate in the comments section. I am also ignoring online magazines and podcasts, which I use extensively to stay informed.

Big Two: These are blogs that have such a large and dedicated following and are so respected by industry professionals that they are nearing institutional status. They are Pat’s Fantasy Hotlist and A Dribble of Ink (where you are reading this guest post). While these do read/review widely, and have an International audience, I still consider them to be American in focus, despite both authors being Canadian.

Big Two (International): These blogs are more recent, but they have a bit more of an international flavor to them and I like to keep up with their reviews as I am more likely to know what’s going on with a UK edition of a book I like (I can only read in English). They are Fantasy Faction and The Ranting Dragon.

Next Tier – Independents: These are blogs run by talented individuals that don’t have as large a following as the “Big Two,” but reliably produce solid reviews, make strong arguments for/against books and generally haven’t steered me wrong. They are Stomping on Yeti, Civilian Reader and Staffer’s Musings.

I don’t just use these sites for book reviews. They’re also useful to keep up with news and occasionally provide commentary that helps me think critically about the state of the industry and the art, and once in a while I can get lucky and win a free book. I will say that the diversity and range of opinions out there makes me feel empowered. To bring things back around to the New York Times, remember the Jayson Blair scandal? There’s a lot of opinions on that event, but for me, it shook my faith in the Times my father had believed in, and showed me the error of relying entirely on a single source of information. I’ve just listed seven different blogs, all of which I am surfing regularly, getting different (and sometimes contradictory) opinions on a particular book, or cover, or major event in genre publishing. The multiple data streams leave me feeling informed and empowered to make good purchasing decisions.

Much as I miss dad’s rustling newspaper, the smell of his pipe smoke, and the certainty that followed his pronouncements, I much prefer the current scenario, where a range of quality blogs enables me to cover my own six, and keep up with what’s going on.