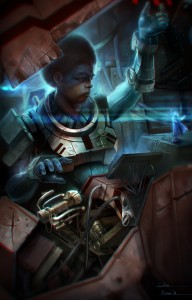 These stories not only point to the importance of diverse characters, they describe why we often lack these characters now. As mentioned in “Concerning Historical Authenticity in Fantasy, or Truth Forgives You Nothing,” when people bring up the issue, they often are met with arguments about historical authenticity, a mistaken view of history that often is based on having heard only a single story more than any real attempt to confine ourselves to accuracy. It comes from a place of discomfort or fear, a misunderstanding of the reasons we create and consume fantasy literature. These fears sometimes stop us from creating something new, something different. The changes are not only unfamiliar; they force us to question our beliefs and outlooks, to imagine something new, to question the things that we love, why we love them, and what our enjoyment of problematic themes says about us.

The resulting fear and sometimes embarrassment can lead us to avoid the issue altogether and cover the avoidance with arguments such as historical authenticity. Thus, even content creators who are knowledgeable about the importance of a diversity, will avoid adding diversity to their work. A new generation grows up with just one story, all knights are white men on horseback seeking to save a princess and make her his own. Having not been introduced to other stories, they continue the cycle. They might not think of making anyone other than a European into a medieval knight and, even if they did, they might think that no one would want such a thing, that there’s no market for it. 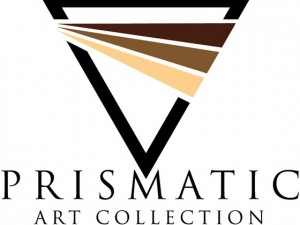 Breaking this cycle is difficult. Without belief there’s a market, it’s hard for companies to move in that direction, especially with the number of people who argue against it. Without movement towards diversity, it’s harder to convince non-traditional groups that they are welcome. My project, Prismatic Art Collection, is an attempt to disrupt the cycle, to both show that there is a demand for this type of artwork and to give content creators, especially smaller ones, the tools to help them create content for non-traditional groups.

We’re using Kickstarter to raise money to commission inclusive artwork from a diverse group of artists. I partnered with Daniel Solis, an art director and well-known game designer who designed games such as Do: Pilgrims of the Flying Temple and Happy Birthday, Robot! The artwork will be released through the Creative Commons 3.0 Attribution Share-Alike license and may be used in commercial products. We’ve put together a list of artists including Ursula Vernon (a Hugo Nominee), Julie Dillon, Jennifer Rodgers, Claire Hummel, Amy Houser, Robert Scott, Jody Lindke, Shari Chankhamma, and Meng Tian Zhang. We’re designing a website where people can find all of the art created as well as a directory of artists who want to create art that celebrates the diversity of the world, both real and imagined.

We just passed our initial funding goal of $5,000 which will get us at least 20 pieces of art commissioned for this project. The exact number of pieces will depend on the feedback we get from the backers and the mix of artists. We’re not offering many tangible rewards to backers since the printing and fulfillment costs can quickly eat into the budget for art. However, we did have a few artists offer to do character portraits for patrons and those pieces also will be added to the collection, increasing the number of pieces. We also negotiated with the Farewell to Fear crew, a progressive post-fantasy RPG, to have all of the artwork created for that project added to our collection.

Is this project a panacea to the problem of lack of diversity and inclusivity in fantasy art and roleplaying games? No. The issues are so great and nuanced that no one solution exists. However, my hope is that together we can take a step forward, open up the discussion, get past our fear, and start to see the future before us.

Tracy Hurley is a blogger, podcaster, and freelance writer. Her site, sarahdarkmagic.com, was nominated for a 2011 ENnie for best blog and she has written for a number of companies including Wizards of the Coast, Paizo, Kobold Quarterly/Open Design, Margaret Weis Productions, Smart Play Games, and Evil Hat Productions.