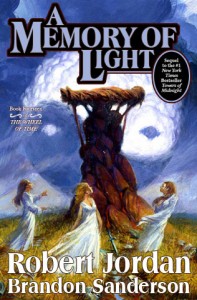 Bayrd pressed the coin between his thumb and forefinger. It was thoroughly unnerving to feel the metal squish.

He removed his thumb. The hard copper now clearly bore its print, reflecting the uncertain torchlight. He felt chilled, as if he’d spent an entire night in a cold cellar.

The north wind picked up, making torches sputter. Bayrd sat with his back to a large rock near the center of the warcamp. Hungry men muttered as they warmed their hands around fire pits; the rations had spoiled long ago. Other soldiers nearby began laying out all of their metal—swords, armor clasps, mail—on the ground, like linen to be dried. Perhaps they hoped that when the sun rose, it would change the material back to normal.

Bayrd rolled the once-coin into a ball between his fingers. Light preserve us, he thought. Light… He dropped the ball to the grass, then reached over and picked up the stones he’d been working with.

“I want to know what happened here, Karam,” Lord Jarid snapped at his advisor. Jarid stood nearby, in front of a table draped with maps. “I want to know where they are and how they drew so close, and I want that bloody, Darkfriend Aes Sedai queen’s head!” Jarid slammed his fist down on the table. Once, his eyes hadn’t displayed such a crazed fervor. The pressure of it all—the lost rations, the strange things in the nights—was changing him.

I didn’t expect Tor to release an excerpt from A Memory of Light, given its importances and the frothing demand for its release in early 2013, but, well, here it is. Remember when they used to charge fans $2.99 to read the prologue? This is the same excerpt read by Harriet McDougal, Jordan’s widow, at JordanCon. It’s and excerpt from the prologue, and not told through eyes of one of the main characters, though I’m sure no Wheel of Time fans are surprised by that.

What did you think of the excerpt?