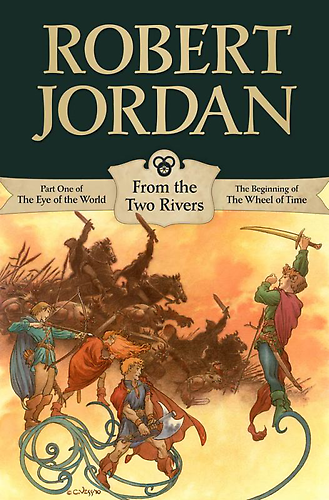 So, this is amazing. I was first introduced to Charles Vess through his collaboration with Neil Gaiman on Stardust, wherein I fell immediately in love with his art. I’ve previously shown off some of this Wheel of Time sketches, but I wasn’t aware that the full-colour cover for The Eye of the World: From the Two Rivers was ever revealed. So pretty. Vess’s renditions of Rand, Perrin, Mat, and Elayne(? or a red-haired Egwene?) are as whimsical and full of character as I’ve come to expect from him. How have I not seen these before?

UPDATE: So, a little clarification. Vess finished (or nearly finished) the project, the cover and ten interior illustrations, but the plug was pulled near the end because Harriet McDougal Rigney, Jordan’s wife and head-honcho of all things Wheel of Time, felt that the style didn’t suit the series. I wonder what she thought of Todd Hamilton’s artwork that appeared in The World of Robert Jordan’s The Wheel of Time? Very disappointing.

And here’s the hi-res art without the cover elements (click for bigger): 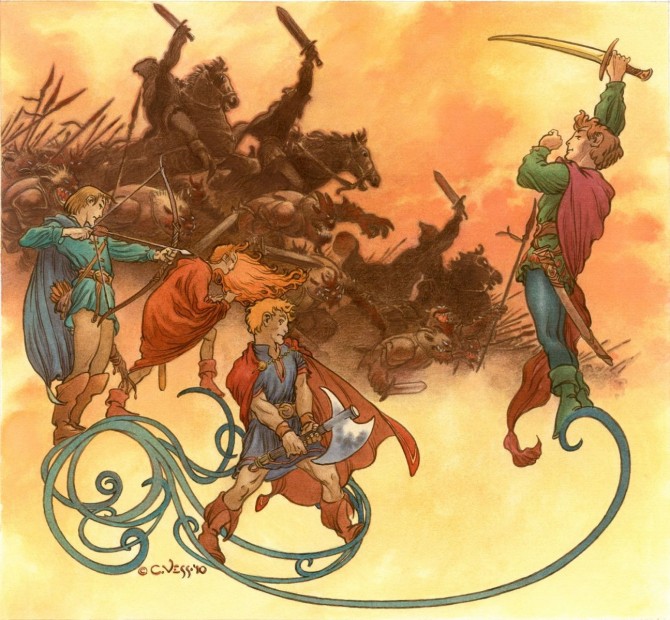 And, yeah, this isn’t really the cover for The Eye of the World, but rather the first half of the novel, split in two for a younger audience (and, in recent years, so that Tor can introduce readers for cheap/free without having to discount the entire first volume), but damn if “Charles Vess’ rarely seen cover for The Eye of the World: From the Two Rivers by Robert Jordan” isn’t a damn long title for a blog post.