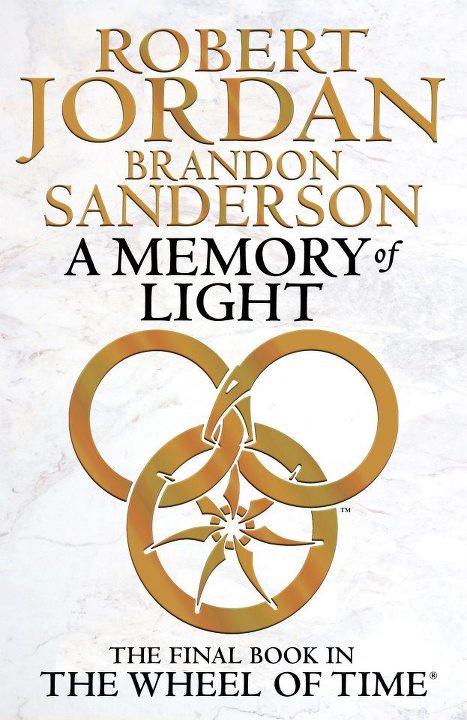 And it came to pass in those days, as it had come before and would come again, that the Dark lay heavy on the land and weighed down the hearts of men, and the green things failed, and hope died.’ From Charal Drianaan te Calamon, The Cycle of the Dragon.

In the Field of Merrilor the rulers of the nations gather to join behind Rand al’Thor, or to stop him from his plan to break the seals on the Dark One’s prison – which may be a sign of his madness, or the last hope of humankind. Egwene, the Amyrlin Seat, leans toward the former.

In Andor, the Trollocs seize Caemlyn.

All humanity is in peril – and the outcome will be decided in Shayol Ghul itself. The Wheel is turning, and the Age is coming to its end. The Last Battle will determine the fate of the world..

Can’t really comment on the synopsis, given that I’ve only read the first seven volumes of the series, but it was written by Harriet McDougal, Jordan’s widow and Wheel of Time overlady, and will appear on both the Tor and Orbit Books editions of A Memory of Light.

The cover itself is pretty, and fitting for the title of the novel, after all the previous volumes were black. It’s simple and classic, if predictable. Good enough for me.