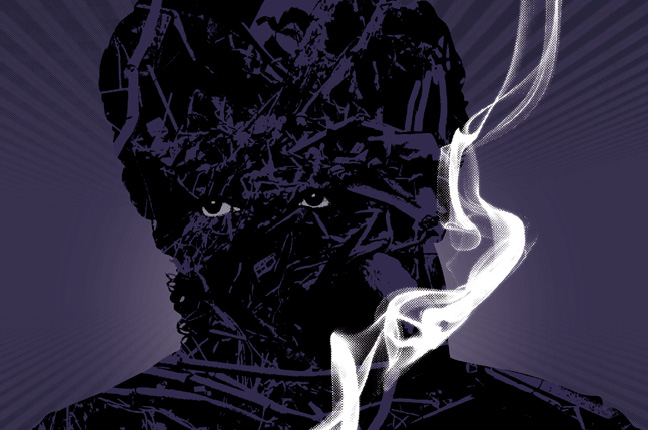 Osama is currently only available as an eBook in the US – but it is far from being the only worthwhile read from the prolific Mr. Tidhar. Hunting down copies of An Occupation of Angels, HebrewPunk, The Apex Book of World SF (which he edited) or his many, many short stories are all well worth the effort. 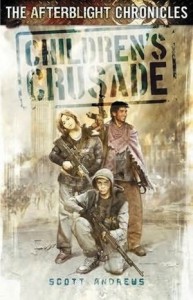 Tor.com readers will know Scott Andrews for his ongoing rewatch of Farscape. And, indeed, his media criticism is insightful and hilarious (if you can find his guide to Dawson’s Creek, snap it up – it is brilliant; Anne read it cover to cover in one session of prolonged giggling). Mr. Andrews wrote the St. Mark’s Trilogy (School’s Out, Operation: Motherland and Children’s Crusade) for Abaddon, a British pulp imprint that is available (with a bit of digging) in the US. The trilogy, featuring feral children in a post-apocalyptic boarding school, is re-released this fall as an omnibus edition – and we can’t recommend it highly enough. Like Osama, Children’s Crusade (2010) has been a Kitschies finalist.

It has all the escapist hallmarks of the best YA-PA-SF – teenagers entering adulthood, making tough decisions, doing nasty things and blowing shit up – but Mr. Andrews doesn’t pull his philosophical punches. It isn’t about good guys or bad guys, it is about the nail-biting nastiness of survival in a brutal land. Then, about the moments of calm, reflection and, ultimately, anguish. This is a hard-hitting series that mixes the cinematic with the introspective, and makes The Hunger Games look like a middle-schooler’s writing assignment. 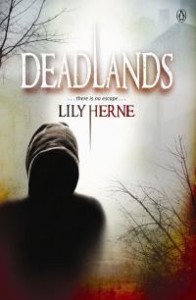 This is cheating, as Lily Herne isn’t even out in the UK yet. Lily Herne is a rather unique writing duo, comprised of a mother-and-daughter team, Sarah and Savannah Lotz. Sarah Lotz has more identities than Ethan Hunt – she’s also half of SL Grey and writes under her own name as well. Grab them all. But, if we had to guess, the Lily Herne Deadlands series has US MARKET written all over it.

Deadlands is a zombie series, but stick with me, as it may be the best one you’ll ever read – and therefore justifies the existence of all the others. Lele is a troubled student in a post-zombpocalypse South African city. The government is a dystopian sham, with the upper classes gleefully sacrificing the city’s children to the mysterious “Guardians” in turn for protection from the zombie hordes. Lele soon encounters the “Mall Rats”, rogues who manage to live outside the city, scavenging luxury goods from shattered malls and swapping them for food and supplies. It is fun, wild and packed with zombies, but most importantly, the book rings true. It stars a teenage protagonist who actually thinks and acts like a teenager, and not a self-loathing messianic nutjob.

A hit in South Africa, Deadlands (2011) finally reaches the UK in 2013, alongside its sequel, Death of a Saint. For the US audience? I suggest making some overseas friends… and maybe sending a few pointed links to your favourite publisher. 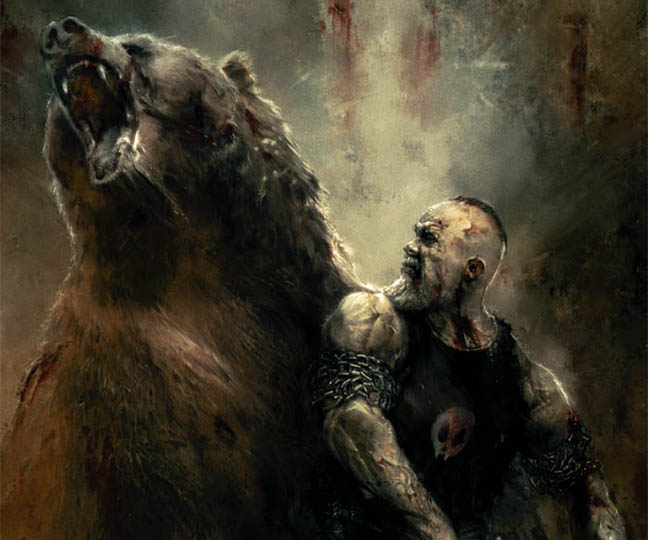 Since 2000AD is a very British comics tradition, I guess Al Ewing, one of the imprint’s great writers, doesn’t have the same sort of name recognition in the US. But he should. Like Scott Andrews, Mr. Ewing is an Abaddon discovery – and what a find. His first novel, Death Got No Mercy (2009), has a trailer park serial killer tackling the gangs of California in search of enlightenment and/or vital medical supplies. It also has the Greatest Cover Art Ever.

But Mr. Ewing’s best book to date (he’s got a new one out with Solaris later this year) is undoubtedly Gods of Manhattan (2011) which we’ll boldly declare the best deconstruction of superheroes since Alan Moore’s Watchmen. Superheroes in SF are super-trendy right now, but this book reigns supreme with its considered appreciation of pulp-era heroes, set in quasi-steampunk Communist New York (welcome to the USSA!). Mr. Ewing actually succeeds in recreating the atmosphere of a comic, and then bravely examining the familiar tropes. The result is both a vicious satire and a brilliant adventure. The entire Pax Britannia series (with Jonathan Green redefining a steampunk Europe and Al Ewing romping around the US) is well worth finding. 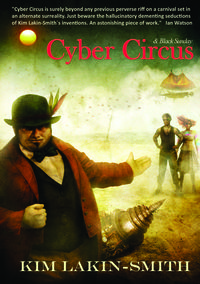 Kim Lakin-Smith recently accomplished a rare double: Cyber Circus (2011) is a finalist for both the British Science Fiction Award and the British Fantasy Award. Which, in its own paradoxical way, makes sense. The book is utterly uncategorisable. In a “dustpunk” landscape, a circus filled with troubled misfits floats across a ruined, resource-starved Midwest. The circus is less a ethereal metaphor than a physical haven; the characters are not struggling superheroes but agonised outcasts, stripped of their humanity. Ms. Lakin-Smith has a gloriously stylish tone of voice, but uses it to cut into thoroughly unpoetic subjects.

Ms. Lakin-Smith’s short stories can be found in a few collections, and her earlier book, Tourniquet (2009) is a gorgeously Gothic murder mystery. Her latest is slightly lighter fare, a steampunk YA romp called Queen Rat (2012).

Cyber Circus is published by NewCon Press. eBooks are available (so have a read), but, again, it should really be on shelves…

Many British authors, such as Jon Courtenay Grimwood, China Miéville, and Joe Abercrombie, already have an established American presence, but we’d love to see their ranks swell. The beauty of internet shopping and eBooks means readers can look further afield for fresh reading. So, America, why not peer over here for a bit? For a small island, we’ve got some big books…

Anne Perry and Jared Shurin are the editors of Pornokitsch and founders of The Kitschies. Since 2008, Pornokitsch has been gleefully chatting about geek culture - with a focus on books, movies, games, comics and television. Our mission is to treat genre fiction seriously and examine it thoroughly, for better or for worse. The Kitschies reward intelligent, progressive and entertaining fiction containing speculative or fantastic elements. Judging categories include novel, debut and cover art.