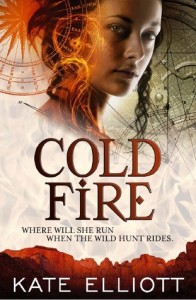 I’m weary of having this conversation over and over again.

My first novel was published in 1988. I’m still having and reading the same conversations about the representation of women, of people of color, of LGBTQ people, of non-US or non-Western cultures in fiction. There’s more “audible” talk than I personally recall from before about the Anglophonic bias in our field and the obstacles that writers from outside the Western Anglophonic regions face (although this conversation was happening back when I broke in also, albiet in a more limited sphere). However, I’m not able to speak to how writers and readers who aren’t situated in the big US/Canada/UK/Aussie/NZ markets feel about their in/visibility.

With the rise of social media, there are definitely more diverse (i.e. not white and/or male and/or heterosexual and/or Anglophonic) voices involved in this discussion than before, but the default really hasn’t shifted much. If it had, I wouldn’t still be trotting out the word “diversity.” Instead, the field’s literature and depictions would simply be more diverse.

It’s amazing the things we know, that are actually wrong.

When I was in college, I remember being told by a guy that there were no women composers before the 20th century. He added that even counting the few from the 20th century, none mattered regardless because women simply did not possess the genius to compose. It was what his music history classes as they were taught in that era revealed. The invisibility of women as well as his ignorance and dismissal of any musical tradition outside of Western Classical Music constituted part of his world view. 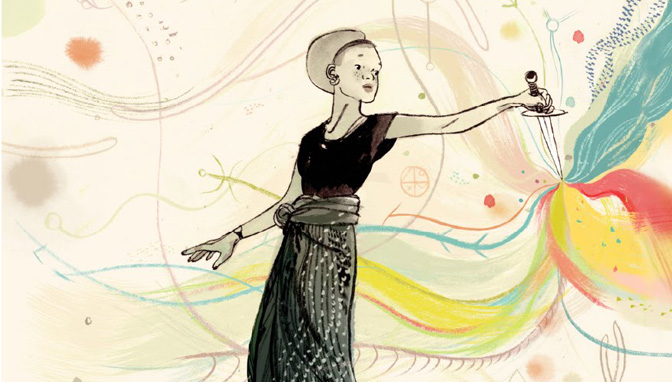 The beauty of such assertions and the unspoken and unexamined assumptions behind them is that they are mirrors that reflect themselves back on themselves.

People’s assumptions get in the way of their ability to think past received wisdom.

To my mind, this is a fundamental problem when it comes to suggesting there should be more diversity in portrayals of character and culture in, say, epic fantasy or fantasy in general. People’s assumptions get in the way of their ability to think past received wisdom. It can get in the way of a reader’s ability to read a work if it seems to them to violate what they are sure they know. It can get in the way of a writer’s ability to think outside his/her normative ideas about what a fantasy world that is “authentic” must look like. Assumptions create obstacles that impede the introduction of more diversity of experience into a world and its characters.

Let’s say my unexamined understanding of the European Middle Ages means I view the era as a monolithic block where the oppressed women of the time were in constant danger of having sexualized violence perpetrated on them, where women had no lives outside of their relationship with a man who gave them guardianship or money, and where they could barely be said to have personality because they were too oppressed and socially inferior and ignorant to have personalities. If this is what I think I know, then my attempts to read—much less write!—a fantasy story with women who do not fit those limited and limiting parameters will fail. Understandably so, since to write outside those assumptions means my normative ideas will have been transgressed. How unrealistic a more “diverse” story will seem to a reader or writer whose views of the past are mired in these sorts of errors. How flawed, even though it actually isn’t. 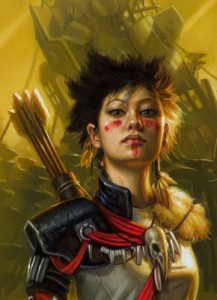 Attempts to add “diversity” into such a scenario then remain trapped in the same box, regardless of the axis of diversity: The “diversity” becomes an ornamental or utilitarian element being forced onto the “real” underpinnings of the world (which remain in such a case as the default male, white, Western, straight, whatever), rather than being an intrinsic part of the creation.

To me, humans are pattern makers: We structure the landscape around us into patterns to try to make sense of it. I mean landscape in the largest sense of the word, not just the physical environment but also the historical, spiritual, political, cultural, and relational environment. Human beings are “band animals.” We evolved in groups, not as individuals forging alone through the Paleolithic wilderness scorning companionship and cooperation as sops for the weak-willed. We mostly are in constant interaction with others, for good or for ill, and there is plenty of both good and ill to go around.

Every culture, and every group of people within a culture, tells stories about the past and present that help define how people see themselves. I think that people naturally create a narrative about who they are and where they fit in the world as a way to try to understand the immensity of the world and the relative insignificance of their own small, personal life within the greater whole.

What has this to do with diversity in fantasy?

Diversity is not an ornamental element. It’s not something “we” need or ought to “add” to our stories to fulfill some moral quota or to get critics off our backs. That’s not what “a call” for diversity means. The writers and readers who are already writing and seeking “more diverse” fiction don’t need to be told or have anything suggested to them. They’re living it. 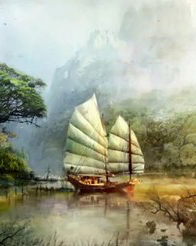 The stories people tell make and reveal patterns. They unfold and invoke a vision of a world.

By that I do not mean that our stories are a mouthpiece for our views of the world or that our characters are speaking for us. They aren’t (with, I am sure, some exceptions). Nor have I any interest in telling people what to write. I figure people should have the freedom to write the story that is in them to write.

Stories reveal something of what aspects of the world are visible to us and who and what we deem important. That is why I believe it is such a simple but profound act to truly stop and think through—and then think beyond—the foundational assumptions out of which one creates a narrative.