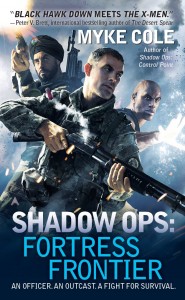 And here’s where you can run into trouble writing contemporary stories. The same thing that makes a contemporary setting resonate so strongly with the reader may also piss them off: Ownership.

Back when dinosaurs roamed the earth, I wrote an article about the Enola Gay Controversy. The kerfuffle surrounded the Smithsonian’s decision to exhibit the B-29 that dropped the atomic bomb on Hiroshima. The Air Force Association and the American Legion hit the roof, claiming that the exhibit focused too much on the casualties of the explosion, and not enough on the bomb’s critical role in ending the war and potentially preventing even greater loss of life. The shit-storm got so bad that the director of the Air & Space Museum was forced to resign.

The root of the controversy could be found in that sense of ownership. People who lived through the Enola Gay bombings, both Japanese and American, were watching this exhibit. They felt ownership over a story that held deep meaning for them. They cared deeply about how it was told.

It’s tougher to stir this level of passion over the Four Lands or Middle Earth or Xanth, because nobody has any real experience with those places. It’s hard to feel like you own those stories. But Harry Dresden runs his cases in modern day Chicago, and so I wasn’t surprised to see a minor blow-up when Jim Butcher was accused of white-washing the neighborhoods depicted in the book. Readers grow-up, live and work in modern day Chicago, and care passionately about how their home is presented.

I’ll be honest. This scares the crap out of me.

No matter what an author intends, once the work is written, published and sold, it’s out of the author’s hands. You can’t control how a reader will interpret your work, nor should you try. And when you are writing work that sits right where people live and eat and sleep, you are running the risk that they will take something from it that you didn’t intend, will assume things about you that aren’t true. That’s scary.

But in the end, you can’t let that stop you. Your responsibility as a writer is to create the most compelling story you possibly can. Compelling stories invoke passion, and passion can be directed in a variety of ways, including straight at your face. It’s a hazard of doing business. But I’d argue that if you let it stop you, well, then maybe this isn’t the right line of work for you. 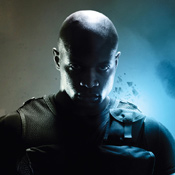 My SHADOW OPS series is about the modern United States military. That means there are roughly 1.5 million people (not counting their families, friends, contractors, civilian counterparts, etc…) with a dog in the fight. They have every reason to believe that I’m telling their story, whether I intended it that way or not. I’m in the military, so it’s my story too, but that doesn’t shield me from the passions my depiction might inflame. When Control Point hit shelves, I chewed my nails down to the quick waiting for someone to shout, point a finger. I’ve done fairly well so far, but that concern never leaves me.

I’m pitching a new novel right now. The protagonist is a US Navy SEAL. There are real SEALs out there, working under conditions I can only imagine, pursuing objectives that would have me curled up in the fetal position. When I put the SEAL label on a character, even in an entirely fantasy world, I step into their wheelhouse. Like it or not, I risk the story resonating with them in ways I’d never intended.

And I’m doing it anyway.

Because if there’s one thing SEALs would understand, it’s the old salt of their counterparts in Britain, the SAS.