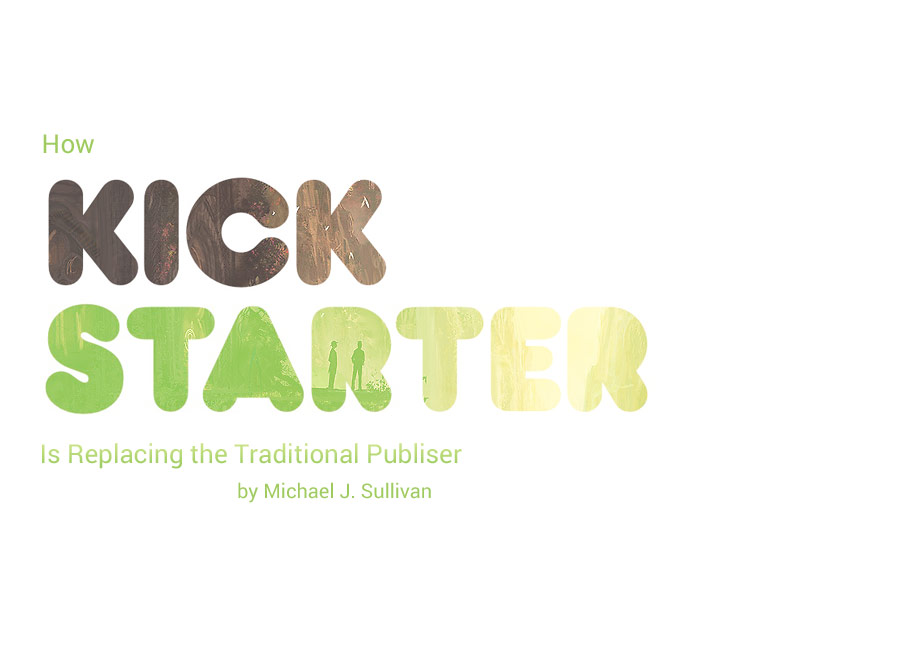 I’m a huge supporter of the hybrid model. Traditional publishing opened doors for me that I couldn’t get when I was self-published. Now that my books are in libraries and bookstore, my audience broadened. I received more foreign deals, and the advances on those were probably larger than they would have been without Orbit. There was even book club and audio versions produced, which paved the way so to Theft of Swords being named a finalist for an Audie (the audio book equivalent of the Grammy). These are all good things, but there are also aspects that I miss from my self-publishing days. 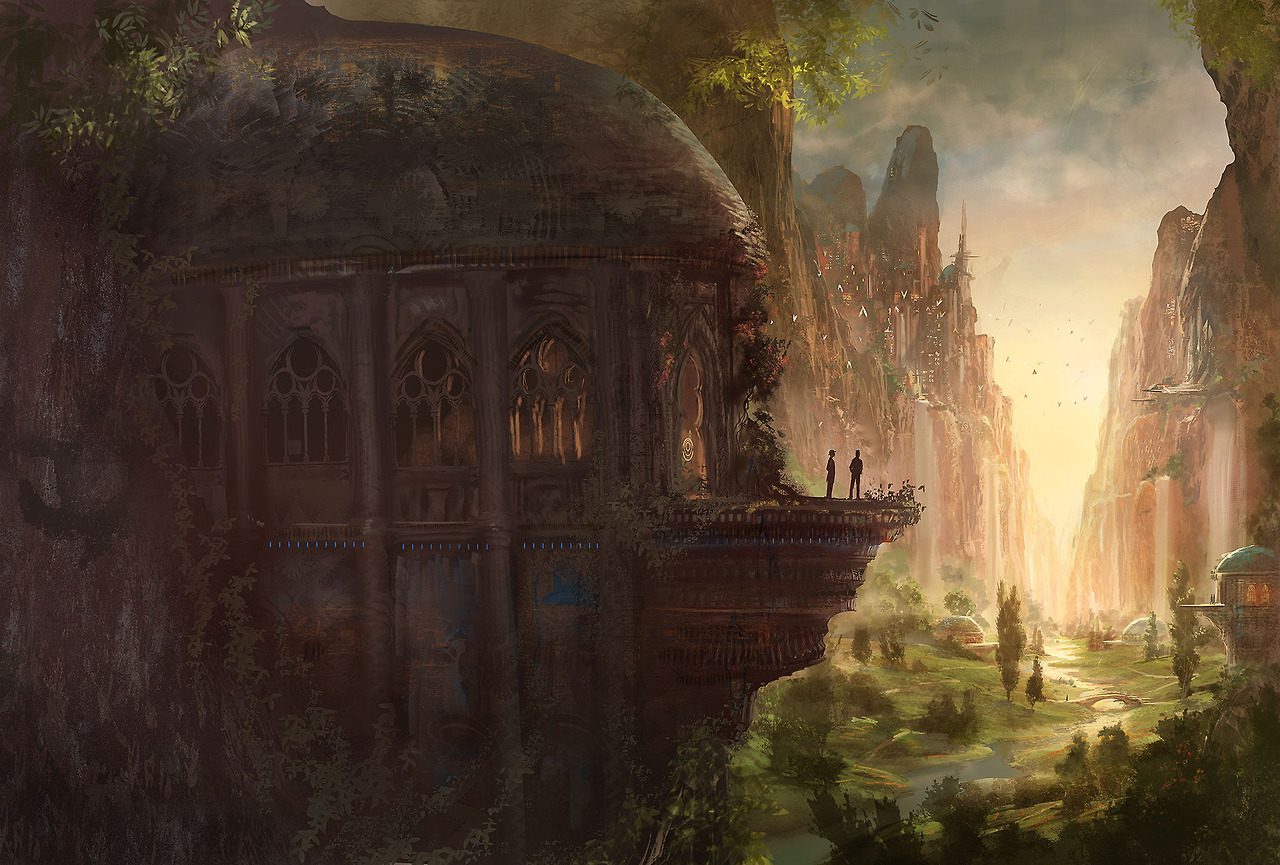 80% of titles never earn out, so the advance is the only money the author will ever receive.

Cash flow is one of the biggest. Money in traditional publishing comes in chunks separated by vast amounts of time. An advance is sometimes split over three or four payments. For instance, I receive a third when the contract is signed, another third when the manuscript is accepted, and the last third when the book is released. Multiple books deals are common in speculative fiction so that “big advance” is often stretched over several years. Also, eighty percent of titles never earn out, so the advance is the only money the author will ever receive. Even for those that do, royalty checks only come twice a year. With self-publishing, income comes every month like clockwork. It makes managing your life much easier.

Control is another obvious perk. I don’t dislike the covers that Orbit has produced, and as I said they sell well, but I do have my own “vision” for the package of my books and it’s incredibly satisfying to be able to produce Hollow World exactly the way I want…right down to the fonts used and the teaser copy on the back cover.

Traditional publishers are still clinging to DRM, something I feel doesn’t deter pirates and only inconveniences legitimate purchasers.

Being able to dictate distribution aspects is also something I’m looking forward to. Traditional publishers are still clinging to DRM, something I feel doesn’t deter pirates and only inconveniences legitimate purchasers. Also, they’re not interested in bundling ebooks when print copies are sold. I know the logistics and potential income loss is problematic for them, but I feel strongly enough about this not to have those things deter me. So anyone who buys a print copy of Hollow World can get DRM free ebooks (in any format) for free.

Better support for international selling of ebooks is another advantage. It’s somewhat complicated to explain, and I don’t want to get into the minutia, but the difficultly of managing territories when publishing multiple authors has made it such that some countries can’t legal get copies of some traditionally published ebooks (which unsurprisingly encourages piracy). Hollow World won’t have this problem, and fans that lost access to my books when Orbit picked them up will get access once again.

Another huge advantage with self-publishing is flexibility. If I want, I can offer Hollow World free or at a significant price discount. I can bundle it with other works of mine or another author. I can create limited edition leather copies for collectors. I can do anything I like. I can’t tell you how many times someone has requested something that is “out of the box” and I’ve had to say no because of contractual restrictions.

From a purely monetary perspective it’s impossible to know whether Hollow World would earn more if traditionally published or going the self route. The only way to know for sure is to spilt the future into two virtual realities and see how each one plays out. But I do know the incredible income potential of self-publishing. At my height I was earning more than $45,000 a month and I know hundreds of self-published authors who are earning more than comfortable incomes. In fact, I know more self-published authors who have quit their day jobs and earn a living wage than I do traditionally published ones. So, while I can’t tell which route would ultimately produce more money, I do know that diversification is a good thing, and having titles released through both paths helps to mitigate risk.

I applaud Brad for going the hybrid route, and I’m excited about my own entry into this dual status. I think we’ll see more and more authors shifting to this business model merely because it makes the most sense. Self-publishing has been a good thing for authors (even for those who have never gone that way), because it provides a second viable alternative to traditional publishers, and competition is almost always good. I think the more authors that switch to the hybrid business model, the better the industry will be as a whole, as it will help to balance what has traditionally been an industry where a select few wield immense power over the lives of many. The term “industry-standard” will hopefully come to reflect a standard of quality rather than a standard of control, as publishers will need to adjust their contracts to be more “author friendly” or risk losing valuable titles.

Many traditionally published authors that I’ve talked with feel there is a dagger hanging over their heads.

Many traditionally published authors that I’ve talked with feel there is a dagger hanging over their heads. They fear an editor will leave, their next book won’t be signed, or a project will be cancelled. In the past, that meant putting work in a drawer and starting something new, hoping that it will be better received. This has cost authors income and readers the right to decide what they like. It saddens me every time I hear this happen, but in today’s age it’s not necessary. Many traditionally published authors—or those aspiring to be such—steered away from self-publishing because of the age-old mantra that “money should flow to the author.” They don’t want to give up their advances, and they certainly don’t want to dig into their own pockets to fund cover design and editing. As for readers, they are annoyed self-published works with poor editing, and they also have a problem determining the “good” from the “bad” as there is no gatekeeper to arbitrate. 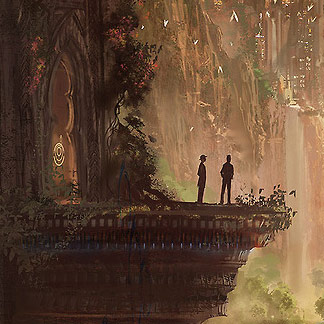 Hybrid authors, and particularly those that utilize Kickstarter as I and Brad have done, solved all of these problems. The Kickstarter provides the author with production capital, and if it goes well, will also receive an advance. Readers can buy with confidence because the author has previously received that all important “stamp of approval” from the publishers, and also validation from prior readers (the highest contributors to the Kickstarter) because they are willing to put down money to get more of what that author produces. Authors, who know firsthand the importance of editors and the value that they provide, will hire professionals from the money the Kickstarter raises.

I know more than a few traditionally published authors who have tried to self-publish and declared it a failure. Usually they throw something up to see if it sticks…and it doesn’t. That’s because if you are going to self-publish, then you need to do it right. They need to take a page from the playbook of indie authors that approach their work’s publication like a business, because it is. They’ll test out various covers, experiment with pricing, learn which categories they should use, and hold promotions such as free books or deep discounts. They already have proven that if you write a good book and package it professionally, it can succeed. And they do this without any the creditability of a signed contract or a household name.

I could have produced Hollow World the same way I did my other self-published books: create the cover myself, scrutinize every word in multiple copyediting passes, and do the layout and formatting. This is another reason why traditionally published authors shy from self-publishing. They lament that they “just want to write” and I respond that I’m no different. And again, this is where Kickstarter comes in. The funding provides me the freedom to hire the exact same professionals that New York uses, so I can still concentrate on writing while “my team” is off making their contributions to the work.

Despite all the rhetoric by those professing either self or traditional is “the right” way to go, the truth is there is no single “right path” just one that is a better choice for a particular project at a particular time.

For Hollow World I’m using Marc Simonetti for the cover (he did Rothfuss’s French covers, as well as the A Game of Thrones cover for Martin’s Mexican release, and my own French editions, just to name a few). I’m going with Betsy Mitchell for structural editing. For those that don’t know, she has more than thirty years in the business, has edited more than 150 books, and was the editor-in-chief for Del Rey for a decade. I’m still working on who I will hire for copy editing, but I have a good list of names of people that have worked for big presses. The positive side about all the downsizing in publishing over the last decade is that most copyeditors are freelance these days. My contract with Orbit prevents me from publishing any books between April 6, 2013 and January 17, 2014, so I’ve set the official release to be January 20, 2014. For those that preorder as part of my Kickstarter, they will receive the book in June or July—a full six or seven months before it goes officially on sale.

So there you have it, another author who is going the way of the hybrid and I think there will be many more. Both self and traditional offer pros and cons, both can co-exist and even act synergistically with each other. What about my works after Hollow World? I have no idea. A good hybrid author doesn’t decide that ahead of time. Right now I’m working on writing the best series I can, and when it’s done, I’ll evaluate the various alternatives and pick one. Despite all the rhetoric by those professing either self or traditional is “the right” way to go, the truth is there is no single “right path” just one that is a better choice for a particular project at a particular time. When it comes time for the next project the decision might go the other way. In today’s publishing environment adaptability is what it’s all about and a hybrid author excels at flexibility.