When I started thinking about how to describe The Best of All Possible Worlds, I decided not to call it a romance for two reasons. First, I didn’t think it was a romance. I have a certain admiration for romance writers because they possess a skill set that I don’t have, not yet. I knew that what I’d written lacked the tension and angst and passion I associate with the traditional romance template. Calling it a romance, then doing a bait and switch into Science Fiction, felt dishonest. Second, I couldn’t guarantee there would be any romantic subplots in the sequel (though I also can’t guarantee there won’t be).

Don’t think I’m being polite when I say I admire romance writers. Remember that Sturgeon’s Law applies to all genres. A good, well-written romance is as beautiful and rare as a good, well-written science fiction novel. Even better than both is a blend of genre, a book that can give you a little bit of this and a little bit of that and somehow bring it all together in a very satisfactory, holistic and human way. People fall in love in the future, they encounter mysteries both mundane and uncanny, have adventures, make bad career decisions, experience personal crises and grow – sometimes all at the same time. I don’t mean to suggest this should be all packed in haphazardly like a soap opera, drama piled upon drama for no good reason. There must be order: minor subplots tweaked to reinforce the main plot, characters and situations juxtaposed in ways that create resonance, themes and motifs orchestrated to please and satisfy the subconscious.

The core theme of The Best of All Possible Worlds is conflict and cooperation between cultures. It’s social science fiction, experimenting with questions of power, compromise, dependence and independence, identity and self-determination. The framing for the story adds complications: postcolonial shifts, gender imbalance, patriarchy, and the fear of eradication. These kinds of issues are often too large to be grasped, too huge to be felt. 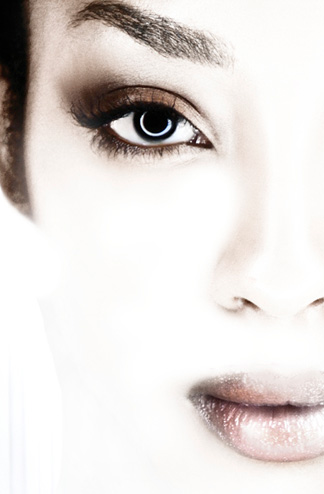 Secondary storylines revisit the theme at a more intimate, personal level. Every relationship in the background illuminates some aspect of the greater arc. The focus is often on Dllenahkh and Delarua because they are the two main protagonists and also, both literally and symbolically, representatives of Cygnus Beta and Sadira. However, other key interactions occur in the marriage between the older, professional Nasiha and the younger, subordinate Tarik; the hasty, part romance, part cautionary tale of the grieving Lanuri and career-focused, restless Freyda; the immature, stymied efforts of the boy Joral to find his version of happy-ever-after, and every friendship and professional bond formed and broken in the course of the story.

Paralleling the personal and the cosmic makes narrative sense, and it also strengthens the credibility of the fictional universe. In the real world, personal lives combine to create the collective ethos even as shared culture influences the choices we make and the lives we live. 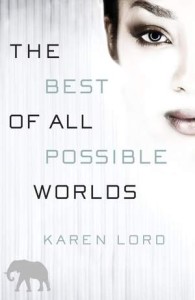 Buy The Best of All Possible Worlds by Karen Lord

A science fiction setting expands the possibilities. You can emphasise and dramatise the concept of power by going beyond contemporary human limitations into mental coercion, futuristic technology, and telepathic breach of privacy. Each trait that leads to power also contains a seed of weakness: dependence on communal mental links, inability to communicate effectively using words alone, and extreme reticence obstructing post-trauma healing. The old, well established trope of superhuman abilities is familiar to readers of any genre and, when dialled back somewhat from the hero/villain dichotomy, it allows for all kinds of demonstrations of the use and abuse of power by individuals and communities.

At the start of the book, Delarua chastises Dllenahkh for his unconscious attitude of superiority. She likens his scrutiny to painful exposure under a powerful sun. By the end he has acknowledged his vulnerabilities as a person and as a Sadiri, and she sees their communication as a playful dance in shadow and sunlight. They, and their communities, are learning to respect different kinds of power, negotiate boundaries, and develop interdependence rather than co-dependency. That’s the kind of romance and social sci-fi I appreciate.

Karen Lord has been a physics teacher, a diplomat, a part-time soldier and an academic at various times and in various countries. She is now a writer and research consultant in Barbados. Her debut novel Redemption in Indigo won the 2008 Frank Collymore Literary Award, the 2010 Carl Brandon Parallax Award, the 2011 William L. Crawford Award, the 2011 Mythopoeic Fantasy Award for Adult Literature and the 2012 Kitschies Golden Tentacle (Best Debut). It was also longlisted for the 2011 Bocas Prize for Caribbean Literature and nominated for the 2011 World Fantasy Award for Best Novel. Her latest novel The Best of All Possible Worlds won the 2009 Frank Collymore Literary Award.