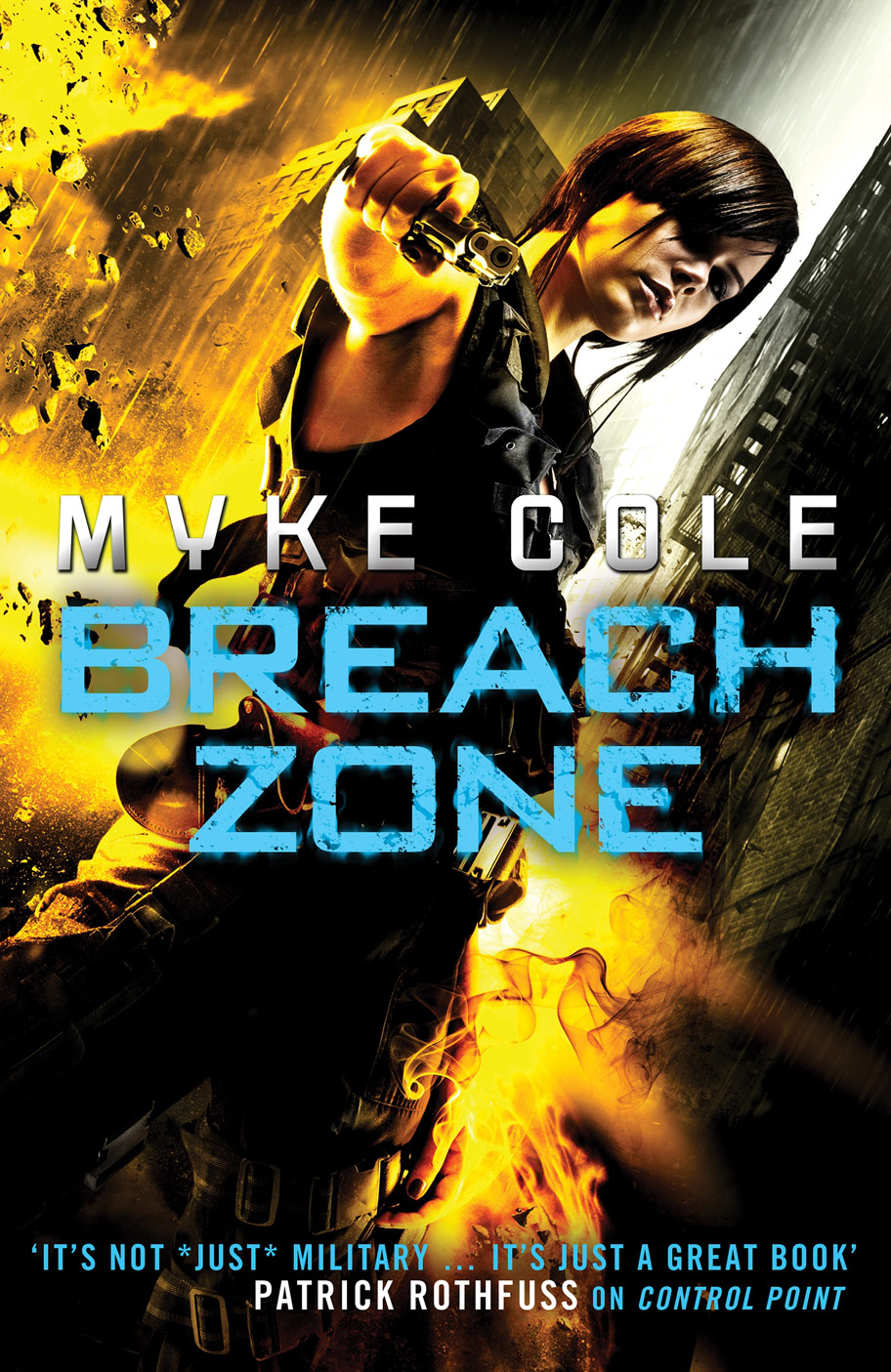 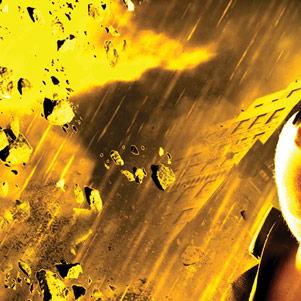 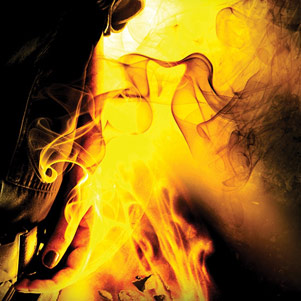 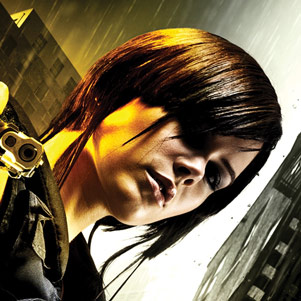 When Fantasy Faction debuted the cover for Myke Cole’s Breach Zone last week, I was struck by the impact of the cover. Not just by the impactful art from Larry Rostant, or the aggressive pose of the woman, but, that, well.. there was a woman. Cole writes military fantasy (science fiction?) and the covers of his past books have featured male-heavy casts aimed to appeal at a particular crowd of reader. I’m still not terribly sure what I think about the cover, so I reached out to Cole and asked him for his thoughts on the new cover and, specifically, the inclusion of a woman.

“I am enormously proud of the diversity reflected in both the US and UK covers of the Shadow Ops series,” he said. “Both the US and UK editions of Control Point feature an African American man,” he pointed out. And the diversity doesn’t stop there. “The US edition of Fortress Frontier has one of the only representations of a Sikh that I’ve ever seen in fantasy. And now Breach Zone features a woman. 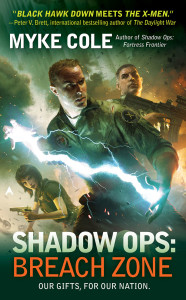 “I try really hard to avoid veering into socio-political issues in my fiction. It’s totally valid, and actually very important, to have fiction that does this, but that was simply never my goal. For one thing, I would screw it up if I tried, and for another thing, I really wanted my stories to be enjoyable strictly as they were, without the distraction of a larger, real world, point.”

This is all by design. Cole has “unprecedented level of control over [his] covers.” He explained how lucky is to have a level of control and input into the creative process that most authors can only dream of. “Every author I talk to is amazed that I have the input I do. And the publishers haven’t batted an eyelash. They know what I’m trying to do here, and they’re behind me 100%,” he said.

The subject of diversity in fantasy and science fiction is dominating discussion in fan circles, and Cole was happy to explore why this is so important to the industry as a whole, and to individual readers. And, also, how cool it is for someone to photograph a character that’s lived only in your head for years. For reference, the US cover for Breach Zone is included to the right.

Nobody can argue that geek isn’t chic these days, and from Harry Potter to Peter Jackson flicks to New York Comic Con, nerd culture pretty much *is* pop culture now.

And that means that the audience consuming this stuff is larger and more diverse than ever before. Now, I can’t speak for anyone else, but my favorite reading experiences are those that completely transport me. They make me feel like *I* am in the story, or at least, I could be.

And that’s not going to happen for my readership unless they can see themselves in my stories.

Another point: the world is vast and fascinating. I want to explore it in my writing as I do in real life. Another another point: I want to grow as a writer. The best way to do this is to push my boundaries, and that means writing POVs that I have no real world experience with. I’ve never served in the Indian Army. I’ve never tried to run a company while being female. I’ve never struggled socially as a teenaged girl.

All of these are compelling, critical reasons to make the Shadow Ops cast of characters as diverse as the world that inspired them.

And the Rostant covers in particular blow my mind. I grew up playing games like Shadowrun, with Komarck illustrations forming my earliest conceptions of fantasy worlds and their occupants. When Komarck was selected as my US cover artist, the dreams of my past and the dreams of my present linked, came full circle. It was amazing.

But Rostant’s images are photographs.

You have to understand, I have very little social contact in my life. The vast majority of my time is spent with these people in my imagination. I invented them, I follow them around and document their lives. I build worlds around them. For me, they become so real it’s a little bit creepy.

And then, all of a sudden, there’s a picture of them. Not a drawing or painting, but a photograph. It feels a lot like having a pen pal for 20 years, becoming close friends, and then finally meeting them in person. My head understands that they’re models, that’s it’s photoshop.

But my heart? It’s too busy singing.

And this latest cover is particularly powerful for me.

Like all nerds, my writing is more than a little wish fulfillment. As I crafted the character of Scylla, I imagined the kind of woman I dreamed of. The fictional love of my life. She was brilliant, she was funny, she was fascinating. She stepped into the world and bent it to her will. She was, to paraphrase from Ender’s Game, so good that she couldn’t be ignored.

And, of course, she had magic.

And then I put her into the world I created. And, to my surprise, it didn’t love her like I did. She wasn’t a dream girl to the powers there. She was a threat. She was an obstacle. And for all her power, she couldn’t fight the strongest government in my fictional world.

By the time the smoke had cleared, she was broken, she was twisted, she was wronged in ways that could never be made right.

But Scylla was the woman of my dreams, and she would never quit, no matter what anyone threw at her. So she rose from the ashes, and unleashed what she saw as righteous hell. Brilliant, relentless, agile, creative.

Then I sat back, thought about it and said to myself: “Dude. Creeeepy.”

And that was the moment I knew I had the character right.

Because, at long last, she was alive.

I have imagined this woman for 15 years. Now, I’m finally looking at her.

What are your thoughts on the cover? Military fantasy/science fiction is often dominated by male authors, male characters and male fans. Who are some of your favourite female writers and what are some ways that you think more gender balance could be brought to the genre?