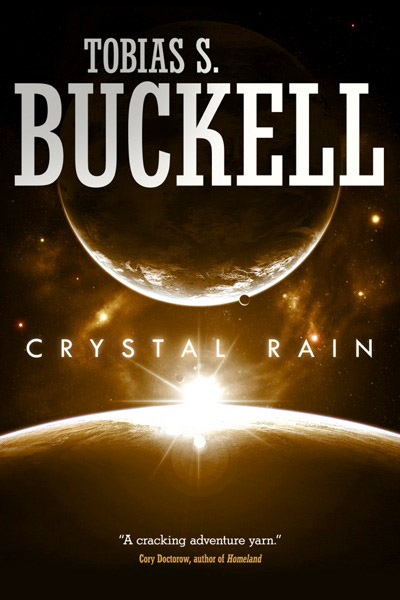 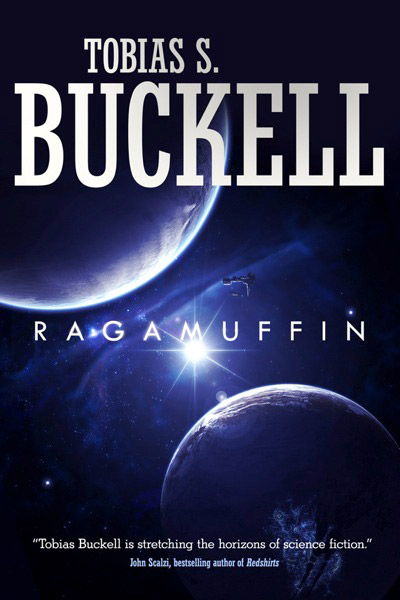 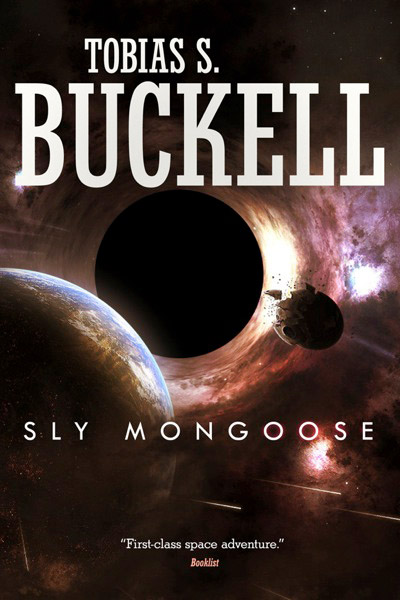 Tobias Buckell announced yesterday that Tor Books is planning a full relaunch of his lauded Xenowealth series, beginning with Crystal Rain. This initiative includes a new branding approach for the series, and a major departure from the original adventurous covers.

We wanted to make sure the books say that they are space adventure. Space opera.

And ain’t it just gorgeous?

Buckell commented on the stylistic change for the new covers, which come about at the expense of some wonderful artwork from one of the industry’s leading artists, Todd Lockwood. “The original Todd Lockwood covers for the books are awesome,” he said. “But when we talked about relaunching the series in trade, one of the things I raised was the fact that booksellers had been telling me that Todd, amazing that he is, is usually associated with Fantasy.”

The first volume in the series, Crystal Rain shares a lot of thematic and structural similarities with fantasy adventure, the sequels, Ragamuffin and Sly Mongoose are more firmly planted in recognizable science fiction, something Buckell and Tor recognized was a potential branding issue, despite the Lockwood’s lovely art. 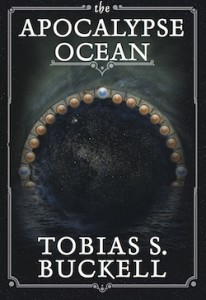 “With this visual rebranding,” Buckell explained, “we wanted to make sure the books say that they are space adventure. Space opera.

I’m an enormous fan of Buckell’s work, and I was always disappointed by Tor’s initial poor handling of a series with, I believed, the potential to appeal to a large audience of science fiction and general fans. With the recent resurgence in science fiction popularity (at least among the most engaged fans), thanks to authors like Ann Leckie and James S.A. Corey, it feels like the time is ripe for Buckell’s series to be reintroduced to a hungry audience.

Buckell also confirmed more news about the Xenowealth series is coming in the pipeline. There are “lots of pieces of the puzzle are coming together,” he said. The new edition of Crystal Rain will in December, 2014, with Ragamuffing and Sly Mongoogse coming shortly afterwards in 2015.