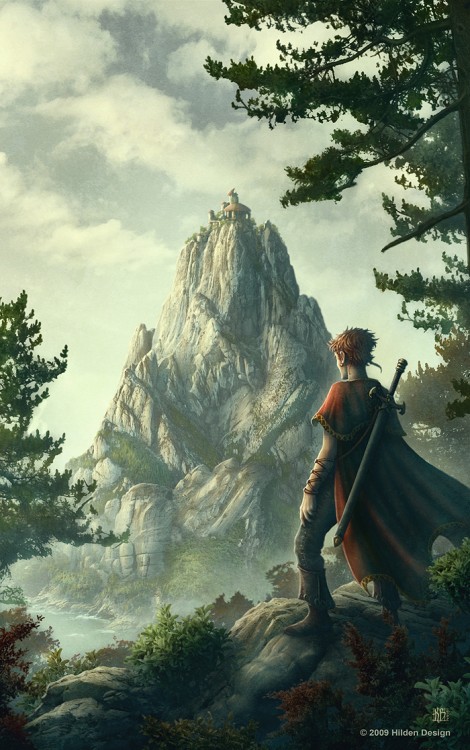 “[The Last King of Osten Ard] is going to be at least as bursting-at-the-seams as the first one,” he said. “Since the originals are already written, I’m not going to spend anywhere near so much time setting up the world. Stuff is going to be happening from pretty much go. And one thing I can definitely tell you. LOTS of Norns. A much closer look at the Norns, collectively and individually, then we had in the first books. Much like what we learned of the Sithi in Memory, Sorrow, and Thorn.”

The title of the trilogy already has fans speculating about the fate of the first trilogy’s hero, the kitchen boy, Simon. Williams, however, is coy, and happy to play with those speculating. “You’ve already met the Last King of Osten Ard,” he teased. “If I explain who the king is, you’ll start to get ideas about why that would be the “last king”. So I’m not going in that direction. It’s something that will only become clear in the final volume.”

Williams also addressed Chronicle in Stone, the long-rumoured Osten Ard short story collection. “Most of the ideas that were going to turn into stories (in other words, which were intrinsically interesting in and of themselves) have worked their way into the new books,” he said. “Off the top of my head, I can’t think of any that haven’t. Which doesn’t mean there will never be a Chronicle in Stone, but this will certainly set it back. I still want to use that framing device, though.”

Hodderscape, the official blog of Hodder and Stoughton, announced that they will be bringing Williams’ new trilogy to the UK. From the release, “Hodder and Stoughton have acquired three books that are sequels to the New York Times bestselling sensation of the 1980s and 1990s, the Memory, Sorrow, and Thorn trilogy, which inspired George R R Martin to write A Song of Ice and Fire and launched Christopher Paolini’s writing career.

“The Memory, Sorrow, and Thorn books form some of my fondest memories of publishing,” said Oliver Johnson, Associate Publisher at Hodder and Stoughton. “[They] are as fresh and vibrant today as they were when I came across them in the 80s when I was lucky enough to be working on the Legend imprint which acquired them. So the news of this series seems like a beautiful homecoming to me and all the other fans of that classic series at Hodder.”

Though the UK editions of Memory, Sorrow, and Thorn are published by Orbit Books, Hodder and Stoughton currently publishes Williams’ urban fantasy series, Bobby Dollar. The Last King of Osten Ard will be published by DAW Books in North America. The first volume of the trilogy, The Witchwood Crown is due for release in 2015.