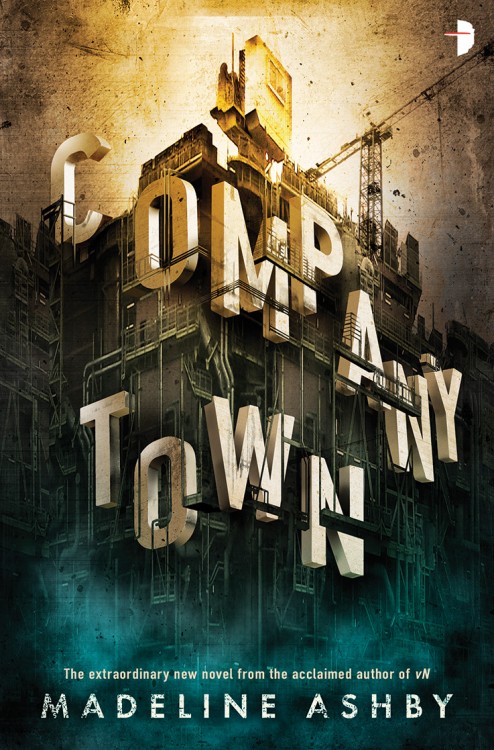 I’m a working futurist, so I’m supposed to know all about it. The problem was, I didn’t really have any answers.

Madeline Ashby’s debut novel, vN, caught a lot a readers by surprise with its sophisticated take on humanity’s convergence with the technology we’ve created. Stefan Raets of Tor.com lauded it for examining “a fairly complex future almost exclusively from the limited perspective of an immature and confused non-human character,” and Cory Doctorow said, “Ashby’s debut is a fantastic adventure story […] It is often profound, and it is never boring.”

The sequel, iD, established Ashby as one of the genre’s most exciting young writers. Now she’s back with a new novel, a standalone called Company Town.

“After I wrote the most fucked-up book about robot consciousness ever, followed by an even more fucked-up sequel, people started asking me about the Singularity,” Ashby told io9 when they asked about the inception of Company Town. “I’m a working futurist, so I’m supposed to know all about it. The problem was, I didn’t really have any answers. So I decided to write a fucked-up book about it. And sex work. And serial killers.”

Erik Mohr‘s cover design is as gritty and darkly attractive as Ashby’s description of the book.

Best of all (if you ask this Canadian editor)? It’s set in Canada. “The protagonist, Go Jung-hwa, is an escort’s escort for the United Sex Workers of Canada, Local 314, which operates legally in [New Arcardia, Newdfoundland],” Ashby described. “As the novel opens, Hwa’s bodyguard job takes her to the formal handoff between the many companies that once owned New Arcadia, and Lynch Ltd, the family-owned company that has just bought the whole town lock, stock, and barrel.

“What follows is a story about being torn between your friends and your future: saving the people of a town that can’t be saved, or keeping your head down and saving yourself. It’s also about what it means to be the last ugly person in a city of beautiful people.” 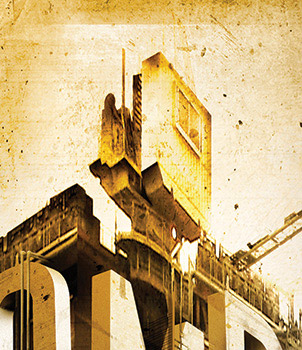 We get asked when the Singularity will happen, which is basically like being asked when to expect the Second Coming of Christ.

Ashby understands that exploring the Singularity, a longtime tradition of science fiction writers, is tough business. “[We] enjoy the rare and compelling privilege of being asked where we think this whole thing is going. We get asked when the Singularity will happen, which is basically like being asked when to expect the Second Coming of Christ,” she said. Company Town looks to take that big idea and look for the solutions in the simplest of places: humanity.

“[Company Town] is a human story, about human beings,” Ashby said. “I was sick of humans being so fucking special all the time. […] Deep down, I’ve always believed that the Terminators should have won. I mean, Skynet really only deploys the weapons that humans built decades ago. We kind of had it coming.”

Madeline Ashby discusses the novel in great depth over on io9 and I dare you not to get excited what you’ve read what she has to say. Company Town, published by Angry Robot Books, will be at the top of many “to read” piles when it hits store shelves this October.