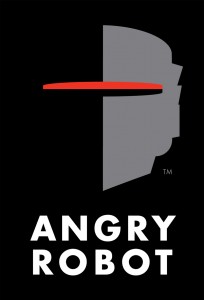 “The sale of Angry Robot has been several months in coming to completion, as the break-up of the Osprey Group proved very complicated,” he continued. “As a result, we’ve been in an uncomfortable place, unable to talk freely about the situation, and having to respond to concerned questions to which we, as mere employees, were unable to answer or action. As you can imagine then, we’re extremely pleased with the sale to Watkins Media.

“Several other publishing houses were in the running,” Gascoigne admitted, adding some fuel to the rumours that Titan Books, among others, was close to buying the imprint. “But [Watkins Media] were our favoured new home.”

Angry Robot Books has carved out a niche for itself by publishing a mix of exciting and thoughtful fantasy from many of science fiction and fantasy’s brightest authors, including Kameron Hurley, Lavie Tidhar, Lauren Beukes, and Ramez Naam. This sale should provide stable footing for Angry Robot Books to continue to nurture their new authors and their extensive backlist.

And frankly, other than the chap I now report to, it’s business as usual for Angry Robot.

In addition to Angry Robot Books, Ilfeld also purchased Watkins Publishing, which publishes spiritual and self-help books, and Nourish, a cookbook publisher. Strange bed fellows for Angry Robot, to be sure, but Ilfeld is a self-professed science fiction fan and “is intent on combining these imprints to form a diverse media company, Watkins Media Limited, which includes magazine publishing, a flagship retail store, and mobile apps.”

“Now the ink is drying on the contract and we’re starting the complicated process of transferring data to the new owners,” Gascoigne said. “It means that we will soon be back on track with our 2015 publishing schedule. And frankly, other than the chap I now report to, it’s business as usual for Angry Robot. It’s the same AR editorial and promotions team, working with our incredible sales and distribution partners, just like we always were.”