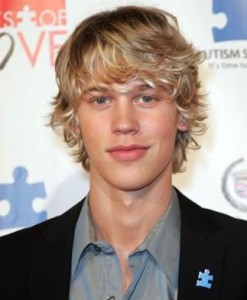 Wil Ohmsford is the central character around who the story’s large ensemble cast revolves. Unless the adaptation departs significantly from the novels, Wil is not active in seeking out this adventure. In fact, most of Brooks’ Shannara novels involve the protagonists being roped into saving the world against their will. We’ll see if this is true or not for the adaptation when it debuts in 2015.

“Aussie actor Aaron Jakubenko has joined the cast of Shannara,” revealed Deadline. “[Jakubenko] will play Ander, Amberle’s (Poppy Drayton) uncle, an Elven Prince with the reputation for being the wild party boy who has yet to find his way in the world.”

Ander Elessedil, known to fans of Brooks’ novel as more of an introspective bookworm being described as having a “reputation for being the wild party boy,” certainly tells us a lot about the direction this adaptation is heading. Casting Butler, best known for his role on The Carrie Diaries, a teen-focused prequel to Sex in the City, as Wil Ohmsford also suggests that MTV’s focus for the series likely remains their adolescent and teenage core audience. So, think more One Tree Hill than Game of Thrones. 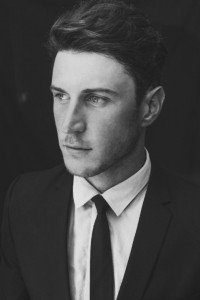 (It’s also important to note that the author of the article does not appear to be familiar with the books, as the description of the Shannara family’s magic and import to the story is somewhat oversold in the write up. Innate magic is not introduced to the Shannara/Ohmsford line until Wil’s children. This suggests that the character and plot descriptions above might also not be entirely accurate. Shawn Speakman, Brooks’ webmaster, indicates as much.)

As much as I want to bellyache about this… it’s not entirely inappropriate for Brooks’ series, and reflects the demographic I was a part of when I first discovered the Shannara series. So, we’ll see.

Still, the look is there for both of the actors. Very curious to see what casting has in store for Eritrea, the third point in the novel’s central love triangle, and, of course, Alannon, the mysterious Druid held dear by so many Shannara fans.

Casting for Amberle Elessedil, Ander’s niece and the novel’s heroine, was announced in November, 2014.