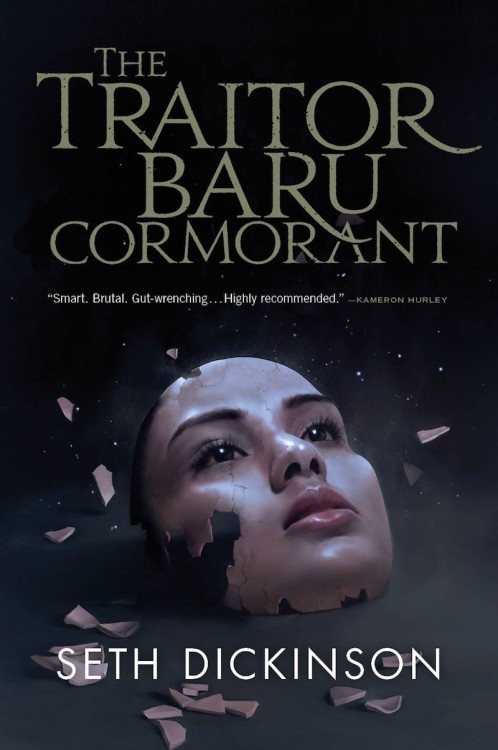 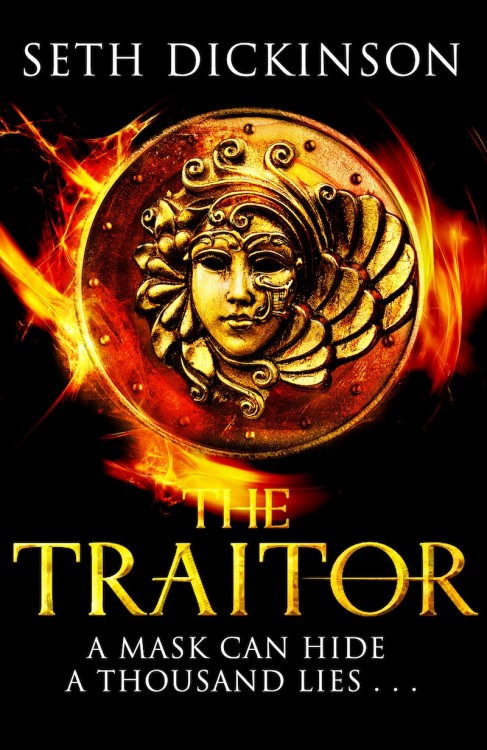 The US cover (left) is by Sam Weber, and the UK cover (right) is by Neil Lang.

“Seth Dickinson’s novel has everything I look for as an editor,” Marco Palmieri, Dickinson’s editor at Tor Books, told Tor.com. “[It focuses] on issues any 21st century reader can relate to: having to hide who you really are in a world that disapproves of you; becoming part of a monstrous system that oppresses those less powerful; and the moral compromises that are sometimes made for the sake of a greater good. It’s strong stuff, beautifully told, transcending genre, and it rips my heart out every time I read it.”

So, what’s it about, exactly? Let the back cover blurb reveal all:

When the Empire of Masks conquers her island home, overwrites her culture, criminalizes her customs, and murders one of her fathers, young Baru Cormorant vows to swallow her hate, join the Empire’s civil service, and claw high enough up the rungs of power to set her people free.

Sent as an Imperial agent to distant Aurdwynn, another conquered country, Baru discovers it’s on the brink of rebellion. Drawn by the intriguing duchess Tain Hu into a circle of seditious dukes, Baru may be able to use her position to help. As she pursues a precarious balance between the rebels and a shadowy cabal within the Empire, she orchestrates a do-or-die gambit with freedom as the prize. But winning the long game of saving her people may be far more costly than Baru imagines.

“You know when you read a book and you’re like THIS WAS WRITTEN JUST FOR ME? City of Stairs [by Robert Jackson Bennett] was like that for me last year,” Kameron Hurley, author of The Mirror Empire, said when recommending The Traitor Baru Cormorant to her readers. “This year, it’s, The Traitor Baru Cormorant [And] bonus points for toppling countries via banking and borrowing schemes, epic reversals, betrayals, and one of the most heartbreaking love stories I’ve ever read.

“I cried through the first forty pages of this book because I knew what was coming. I cried at the last forty because it was even worse than I thought.”

The Traitor Baru Cormorant will be released simultaneously by Tor Books and Tor UK on September 15, 2015.