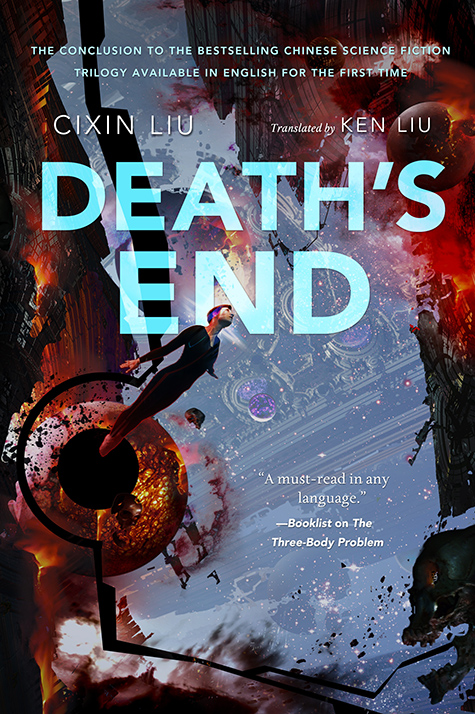 Death’s End is the concluding volume to Cixin Liu’s critically acclaimed Remembrance of Earth’s Past, which began in 2008 with The Three-Body Problem, which is nominated this year for the Hugo Award for “Best Novel”, due to its first English release in 2014. Like those for the first two volumes in the trilogy, the cover for Death’s End is riveting and gorgeous, and I’m really happy to see the art department at Tor Books continuing their streak of great covers.

Death’s End also marks the return of Ken Liu as translator, after the second volume in the series, The Dark Forest, was translated by Joel Martinsen.

Death’s End will be published by Tor Books in January, 2016.