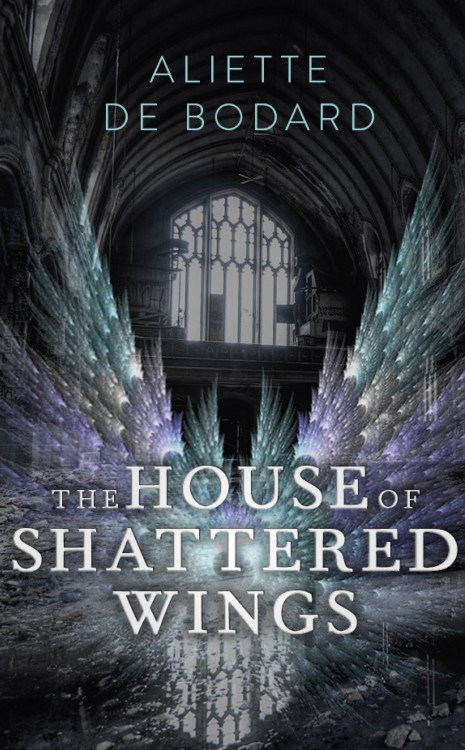 The cover was created by Gollancz in-house designer Graeme Longhorns.

From the pastels against black, to the shattered glass effect accentuating the wings, Longhorns created a cover that matches the eerie beauty of the North American cover from Roc.

Paris in the aftermath of the Great Magicians War. Its streets are lined with haunted ruins, Notre-Dame is a burnt-out shell, and the Seine runs black, thick with ashes and rubble. Yet life continues among the wreckage. The citizens retain their irrepressible appetite for novelty and distraction, and The Great Houses still vie for dominion over France’s once grand capital.

House Silverspires, previously the leader of those power games, now lies in disarray. Its magic is ailing; its founder, Morningstar, has been missing for decades; and now something from the shadows stalks its people inside their very own walls.

Within the House, three very different people must come together: a naive but powerful Fallen, an alchemist with a self-destructive addiction, and a resentful young man wielding spells from the Far East. They may be Silverspires’ salvation; or the architects of its last, irreversible fall . . .

De Bodard is one of the most celebrated SF short fiction writers working in the field, she’s been nominated or won most of the major literary awards, and been published in most of the top short fiction magazines available, including Interzone and Asimov’s. It’s not often a debut novel comes along from a writer with such accolades, so readers are in for a treat.

The House of Shattered Wings will be available from Gollancz in the UK and Roc in North America. It will release simultaneously in both regions in August 2015.