However, as I’ve been outlining and drafting this novel (working title: Stock), it occurred to me that I was writing a fantasy novel with almost no violence (outside of a fistfight or two). The plot is resolved through hard work and cleverness. It got me to wondering why there aren’t more fantasy (or science fiction) novels that deal with issues outside of violence?

Most of my favorite novels are violent: The Lies of Locke Lamora, The Gone Away World, The Book of the New Sun, This Book is Full of Spiders, Rumo, Harry Potter. Violence is a part of these worlds, and it’s handled in a respectful manner. Also: most of the violence in these books mean something. When someone dies in Locke Lamora or Harry Potter, it shatters the characters.

There are also a lot of novels I enjoy where violence is minimal or non-existent: The Hitchhiker’s Guide to the Galaxy, The Alchemaster’s Apprentice, Desolation Road, The Bards of Bone Plain. The characters in these novels solve problems with their minds and not their magic swords. It opens up a whole new avenue of storytelling. But, I’m having a difficult time coming up with non-violent novels that aren’t humorous or middle grade. Going middle grade, there are all sorts of wonderful books that aren’t violent: Maniac McGee, Stargirl, Holes, Dancing Carl, Wayside School is Falling Down (a personal favorite of mine). However, these are all real world stories. Middle grade fantasy is also violent.

I don’t have a problem with violence in media. Growing up playing Doom, Quake, and Goldeneye gave me a high tolerance for stylized violence. I do have a problem with real(istic) violence, of the sort portrayed in Battlefield and Call of Duty, but not enough of a problem to forgo these titles altogether. Real world violence disturbs me greatly, whether it’s footage from a war zone or from a UFC fight. It makes me physically ill to see. With the former, I force myself to watch it. The recent tragedy at the Boston Marathon was very trying, but I monitored the coverage because I felt it was an important event.

But even with a near constant barrage of dismemberment, in book form, it’s still easy to skip over violence because we can choose not to visualize or acknowledge it.

Find a root of this media fetish for violence is difficult. Most major fantasy releases deal almost exclusively with violence it seems: A Song of Ice and Fire, The First Law, The Prince of Thorns, etc. But even with a near constant barrage of dismemberment, in book form, it’s still easy to skip over violence because we can choose not to visualize or acknowledge it. A Clockwork Orange by Anthony Burgress works so well because Nadsat forces you to confront the shocking violence.

So many fantasy novels that are focused on finding the magic sword or crystal gauntlet or whatnot. In science fiction, it’s always about raising an ancient rail canon from the surface of a dying star or carpet bombing the planet of the flufftoids. In horror, it’s about turning birds inside out, or making lampshades out of skin.

How many times did our parents tell us this very thing? Using words is more difficult than simply socking someone in the jaw. Same thing in writing. Violence has consequences that most books don’t delve enough into. I’m not saying books shouldn’t have violence. Violence is a part of our world and I assume all other worlds as well. But why are our protagonists most commonly fencers and jousters and knights and battlemages? Can’t we write compelling stories about dancers and merchants and chemists and cooks?

But this is just a look at violence as a quantitative force in fantasy. If we take for granted the fact that four out of every five fantasy books will have a non-negligible amount of violence in them, then should the discussion be less about whether fantasy has too much violence, and more about the purpose the violence serves? 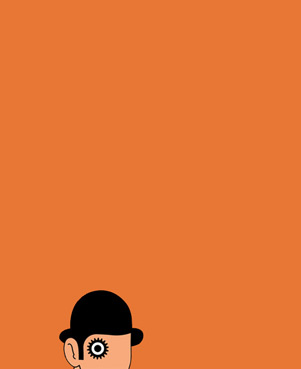 I think this is the real discussion. I’ve suggested that violence works best when we’re forced as readers to confront both the action and consequence. A Clockwork Orange by Anthony Burgess does a brilliant job doing this because of Nadsat. By being forced to decode what is going on in the work, we become intimate with the violence. Violence is shown to permeate this world in much the same way oxygen does. The same could be said of Lord of the Flies by William Golding. Violence is visceral and harried in this work. Where most of the violence is perpetrated against non-human characters, we still are forced to confront the victim in the form of the Lord of the Flies. The pig’s-head-cum-Baal becomes a manifestation of the darker side of morality. Violence becomes a physical, almost weighty presence in this world.

Good fantasy presents violence in a way that affects both the characters involved as well as the world in which the violence takes place. In The Lies of Locke Lamora, the violence is personal, intimate; the consequences deep and traumatic. When someone in Locke’s life is killed, it affects him at his most base level. The need for vengeance drives Locke into a very dark place, and the lengths he goes to make the violators pay are shocking. Violence changes Locke, just as it would to someone in our primary world.

A Song of Ice and Fire is very violent, but in many circumstances, the violence has meaning and far reaching consequences. After a fight or a battle comrades are grieved over, foes are cursed, tallies are taken. However, the series seems to focus on the consequences of shocking violence: an assassination, an ambush, an orchestrated martial campaign, a naval attack. Casual violence — especially sexual violence — often goes without comment or consequence. This is the type of violence that I believe detracts from a work; a video game type of violence where the only purpose is to increase the body count by one.

Violence without purpose is not only harmful to a work, it’s dangerous. It’s a sociopathic type of violence that may have unintended consequences for the work as a whole. There are times when this violence is necessary and fits the work, but more often than not, it comes off as cheap and vulgar. 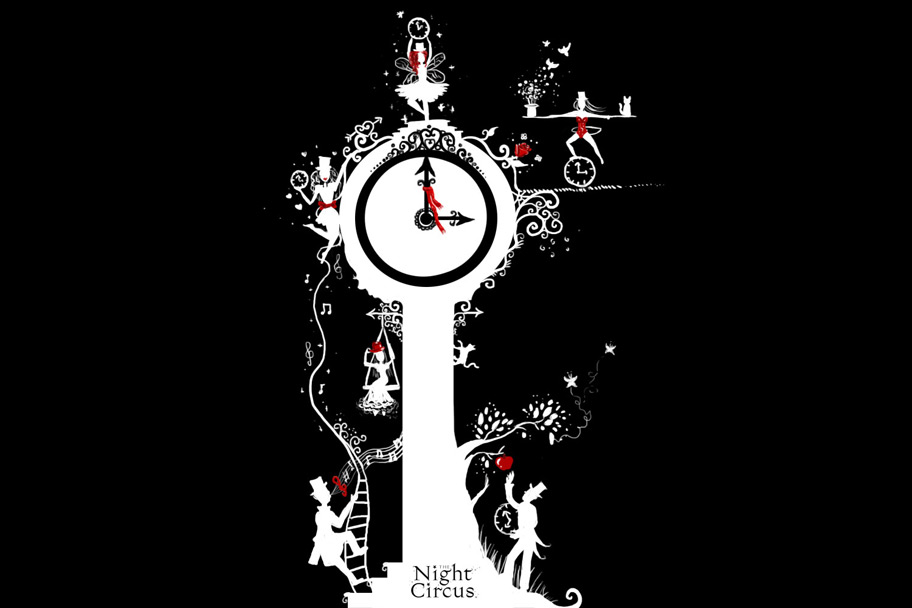 The Night Circus by Erin Morgenstern, art by The Searching Eyes

The oxymoronic phrase “realism in fantasy” is often used to justify copious amounts of violence in a work.

When I try to come up with fantasy books where the main plot does not revolve around violence, however, things become difficult. The Night Circus by Erin Morgenstern is a wonderful, tense novel with very little violence. Alphabet of Thorn by Patricia McKillip has more the threat of violence than actual violence, and although the plot sets up a violent climax, it is actually resolved through the cleverness of its characters (something not often seen in fantasy). The short stories of Ken Liu very rarely feature violence.

The oxymoronic phrase “realism in fantasy” is often used to justify copious amounts of violence in a work. Okay. As much of a problem as I have with that phrase, I’ll indulge it. Use violence to make a work seem “more real.” For this to remain true, the violence needs to be visceral, but tempered by reaction and emotion. If violence occurs, it should be explored.

Think of the real world. If I punched you in the mouth, neither of us would walk away and think about what spells we may need on our upcoming journey to the Dark Lands. No, you would either punch me back, cover up, or flee. I would keep punching, give chase, or try to hide from the fuzz. Either way, the only thoughts in our head for the next few hours or days would be related to the punch. You may take up self-defense courses. I may become paranoid about going to prison. I may try to make amends. You may confront me. Our lives would be changed, possibly for good. It wouldn’t be a punch in a vacuum. Punches do not exist in vacuum.

Is it time for fantasy to look at alternative plots, where violence doesn’t extend beyond a fistfight and tension is created in different ways?

Extrapolate that further to the extreme violence of murder and genocide often seen in fantasy and you can see what I’m trying to get at. Even when tens of thousands of people die in a war, they are killed by other people. All these people — violators and victims — have minds and lives and histories and desires. Violence is an active process that characters engage in. So should be the aftermath. There needs to be reflection and consequence. Even if a character’s reflection is that they don’t want to reflect on what they just did or what happened to them, that counts as a reflection and says a lot about their character. To jump back to a quantitative approach to fantasy, I think the big misinterpretation is: “Stories need conflict, therefore stories need violence.” Conflict does not necessarily mean violence. We all go through conflicts everyday and end with anything but pints of blood.

What works do you think handle violence the best? The worst? Is it time for fantasy to look at alternative plots, where violence doesn’t extend beyond a fistfight and tension is created in different ways? Is violence the easy way out?