I’ve been a fan of crime fiction probably for as long as I’ve been a fan of fantasy books, even though I’ve not delved into the heritage of the genre as much. So for Drakenfeld – which is every bit as much a crime book as it is a fantasy novel – I wanted to use part of the crime genre’s heritage as a vehicle for the plot. I didn’t want to write hardboiled fiction, nor did I want to write a thriller – even though I enjoy both. Also, I wasn’t writing the type of urban magical crime, so I couldn’t rely on those things to carry the narrative. So I decided to make it not just a whodunnit, but a howdunnit by using one of the crime genre’s great formats: the locked-room mystery. Or rather, in my case, a locked-temple mystery. The set-up is a lot of fun – because it’s not just about an unreliable narrator, it’s about a manipulative author.

A royal was found brutally murdered in a temple. The room possessed only one exit – thick oak doors, which were locked from the inside. 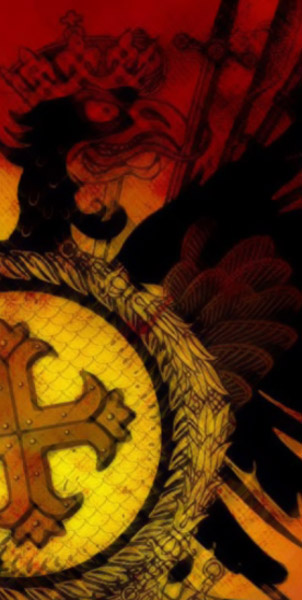 In Drakenfeld, the crime was this: a royal was found brutally murdered in a temple. The room possessed only one exit – thick oak doors, which were locked from the inside. There was no way in or out of this place, apart from that double door. However, at the time of the murder, the temple was surrounded by hundreds of people – and none of them saw anyone go inside. When people did finally break down the door, they found not only the body, but incense still burning. In a setting based on the classical world, it’s the sort of thing that gets superstition flaring. For the reader, the plan was to get their imagination flaring in a different way.

To create this set-up, though, I had to completely change how I approached a novel. Not only was I using a different narrative voice, but the whole process was entirely new – it had to be. And it was really, really difficult – by far the most difficult thing I’ve done in prose. However, I learned plenty of things from this process and from my research into locked-room mysteries, particularly from writers such as John Dickson Carr, the master of the genre.

So I’ve handily transformed my learning into an Internet-friendly list.

Very loosely speaking, for a normal narrative, I knew what the start was going to be, and I knew my various narrative check-in points along the way. I progressed my planning in a forward motion. However, for a locked-room mystery, it was easier for me to start from the end. I already knew how that crime was committed, of course, but a locked-room mystery tends to thrive on explanation, the clues that are revealed along the way. This explanation is how the detective reveals the puzzle to the reader too. So by starting at the end, and working backwards, figuring out the major clues that gave away the crime, I felt I stood a better chance of keeping the reader guessing throughout. I knew how to weight the clues so that the important ones were left to later on, which in turn would speed up the mechanics of the plot. More to the point, though, I had to have everything planned in detail. Because that’s part of the fun with this format – it’s a puzzle, not just a novel.

Remember, there are no handy TV flashbacks here. It doesn’t seem to work in literary format. The mechanics of the crime are a puzzle, and this rigorous scene-setting and planning will probably never be seen explicitly in the regular flow of the narrative – only revealed later through character actions or dialogue. You need to have this ‘flashback’ imagined with real clarity. You’re never going to show it, but it’ll be the backbone of the book.

This is self-explanatory, but needs restating. There genuinely has to be no way into a locked-room for it to entertain the reader. Make sure the door is locked, and keep a note of where the key is (inside, outside, discarded). Pile in your witnesses around the room – make sure truly no one has been seen going in our out. Cover the exits. Bar the windows, or make sure the room is really high up so no one can get in. If there is a gap – a small vent – make sure it’s there with reason, or used as a red-herring.

This might well be a key part of any crime novel, but it’s especially important for a locked-room mystery that there are deceptions everywhere. There needs to be a bit list of suspects who can be responsible, and for the reader to question. There needs to be endless amounts of concepts for the reader to explore as potential methods for the crime, too. They hung themselves by standing on a block of ice that melted! No, the murderer came in disguised as the dog! That’s part of the fun for readers and permits you plenty of red-herrings to manipulate – because that’s really what the locked-room mystery is about.

5) Use the language of deception

This is not essential, but it seems important to me that right from the start, right before you’re even introducing the crime, you’re already starting to deceive the reader. Plant seeds. Generate prejudices. Encourage the reader make assumptions on certain characters. Make it subliminal to the reader in your descriptions of their house. Or by describing in dialogue what a certain character has done previously, before they even materialize onto the page.

Give readers all the information they need to work out the central mystery – they’ll hate the book if you don’t allow them that. Just make sure you’re clever enough to distract them throughout – because they’ll love the book for tricking them. If you can say, with a clear conscience, that all the clues are there for them to use – and you can see them yourself – then you’ve done a decent job in making this a fair game. 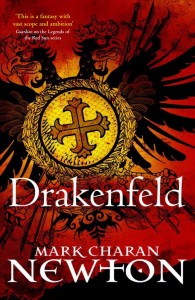 This is important for gleaning true satisfaction from the narrative. Even if you’re writing in a fantastical setting, you’re still working with a logic-puzzle. The fun of this format is to make the crime seem so simple when it’s explained, so that the reader and author are both rewarded. So if your method of crime is too supernatural – or just plain outlandish, outside the fair rules you’ve established – you’ll end up frustrating the reader.

As with any type of fiction, be familiar with the format and genre, else you’ll look a bit of a fool. Read other locked-room mysteries. Watched lots of film or TV that features a locked-room mystery. Work out how others do it, what the mechanisms are, what the distractions are. Enjoy figuring out these deceptions – then re-read or re-watch. It’s a really difficult format, but once you’re familiar with it, the whole creative process is a lot simpler.

Mark Charan Newton is a British fantasy author. He is best known for his fantasy series The Legends of the Red Sun, published by Tor UK, an imprint of Pan Macmillan. He was also a reviewer for The Ecologist, UK's oldest ecological magazine.