Because the story is set in an alternate history 19th century, the illustrations would need to have a realistic style (rather than a comics or manga style) of art. To that end, I commissioned Julie Dillon to create a set of 29 illustrations to accompany the story I wrote.

The Secret Journal of Beatrice Hassi Barahal is currently for sale in both a print and pdf version.

In honor of Dillon’s nomination as a finalist on the Hugo ballot for Best Professional Artist this year, I wanted to share some of the illustrations she did for the story because not only are they fabulous but they shed light on her versatility as an artist.

I particularly wanted two accurate portraits of the leads, Cat and Bee. 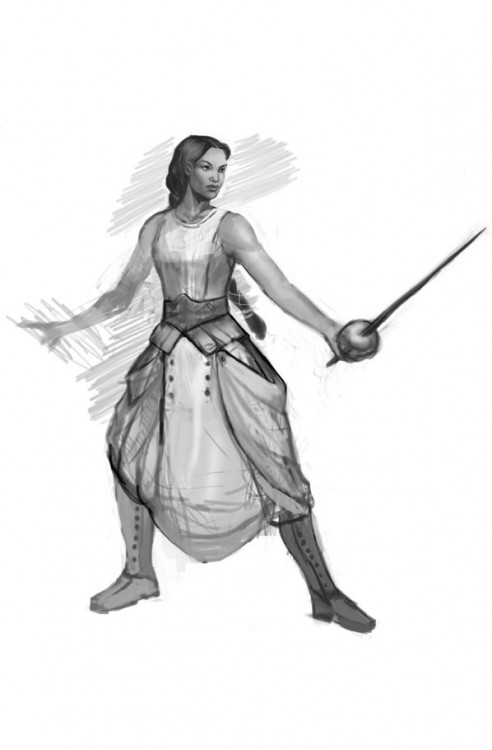 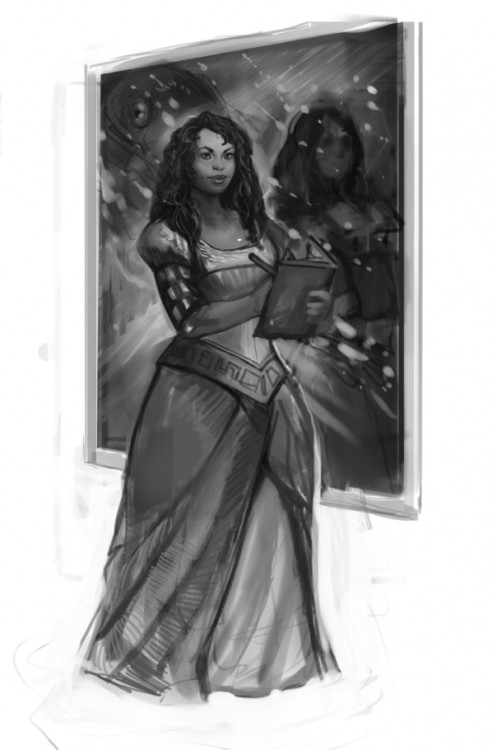 The Spiritwalker universe also includes the intelligent descendants of troodons, some of whom have have become lawyers and printers. 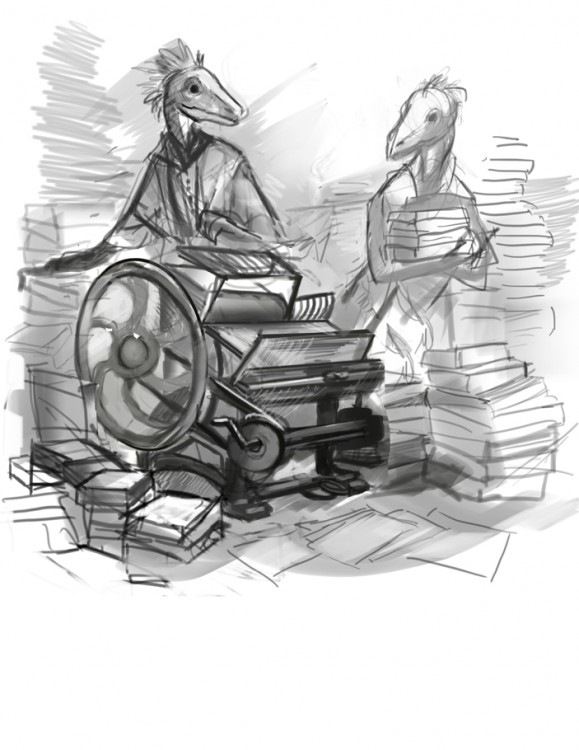 Spiritwalker explores serious themes and situations like revolution, sacrifice, coming-of-age, the physics of magic, and the legal question of how people can “own themselves.” Bee has a special and formidable destiny that puts her at risk. Yet besides all her many other aspects Bee also happens to be a young woman entranced by the idea of infatuation, which meant her journal had to include a lot of kissing with various swains. This illustrates Bee with an infamous Celtic revolutionary leader. 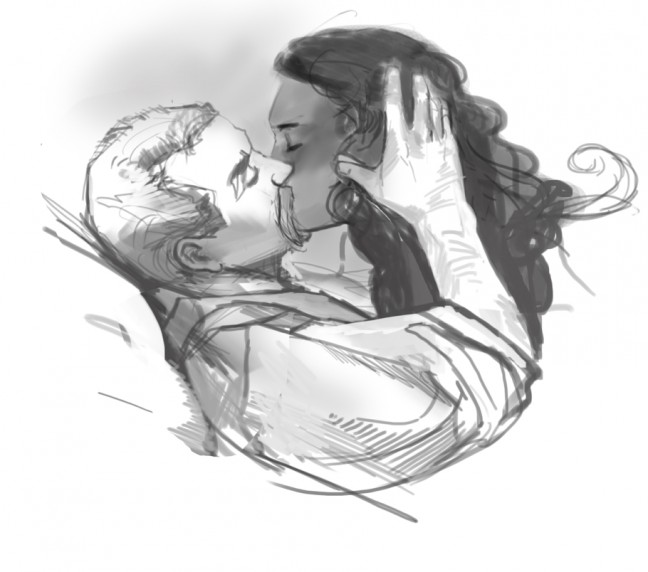 In fact, Julie eventually wrote to me that she could not stand to draw yet another kiss (there are multiple illustrated kisses), so she offered this adaptation of Bee and a Taino prince. 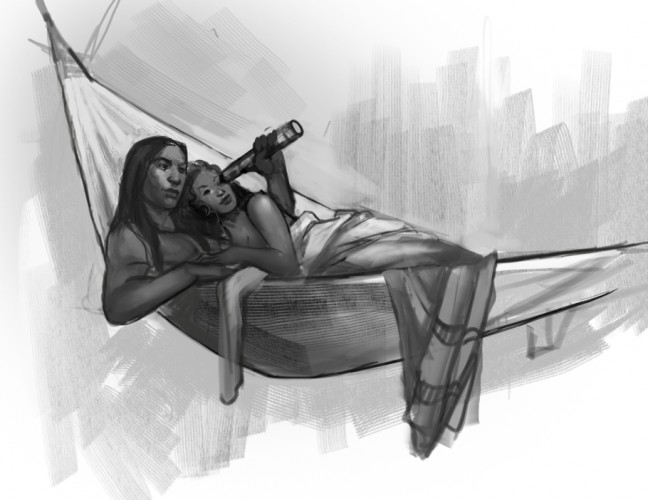 Cat and Bee are assisted in their adventures by various allies, including this supernatural pair. 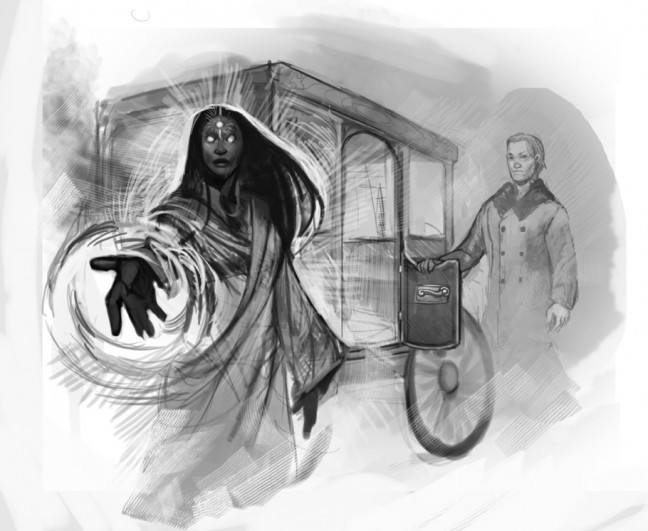 In the alternate history of the Spiritwalker world the Germanic/Northern European nations never existed, and the three major monotheistic religions (Judaism, Christianity, & Islam) never developed, so the major religions in the story are expanded outgrowths of religions known in the ancient world. Cat and Bee, as Kena’ani (Phoenicians), worship the Phoenician pantheon, including the Carthaginian Tanit in several of her aspects, here shown as the lion-headed goddess. 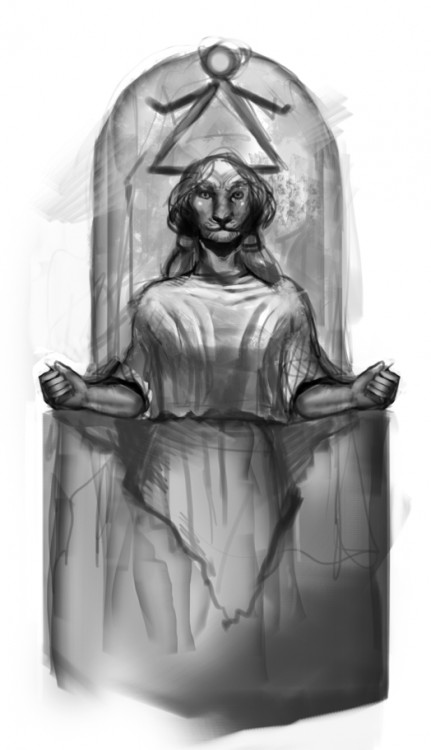 Surely no story is complete without a transformational illustration, in this case that of a man becoming a dragon. 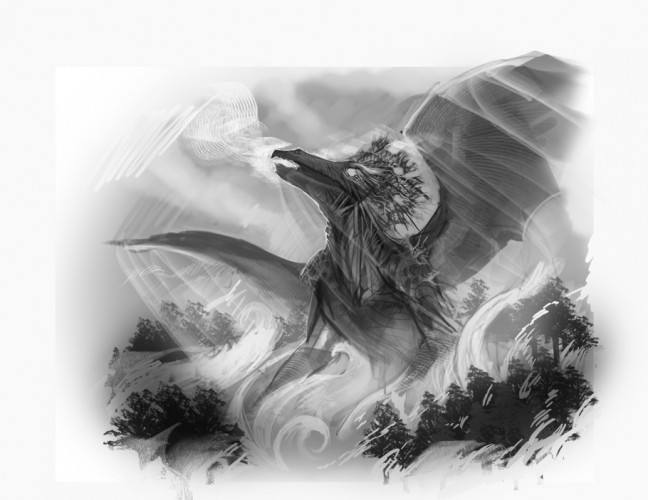 Dillon also created two fabulous color illustrations based on scenes from Cold Steel. You can find an astoundingly gorgeous dragon here on A Dribble of Ink, and at the Orbit Books site a kickass scene of Amazons (note the three flags, whose symbols and colors all have meaning). Both of these stunning illustrations are available to purchase from Dillon via INPRNT.

The Secret Journal of Beatrice Hassi Barahal is currently for sale in both a print and pdf version. 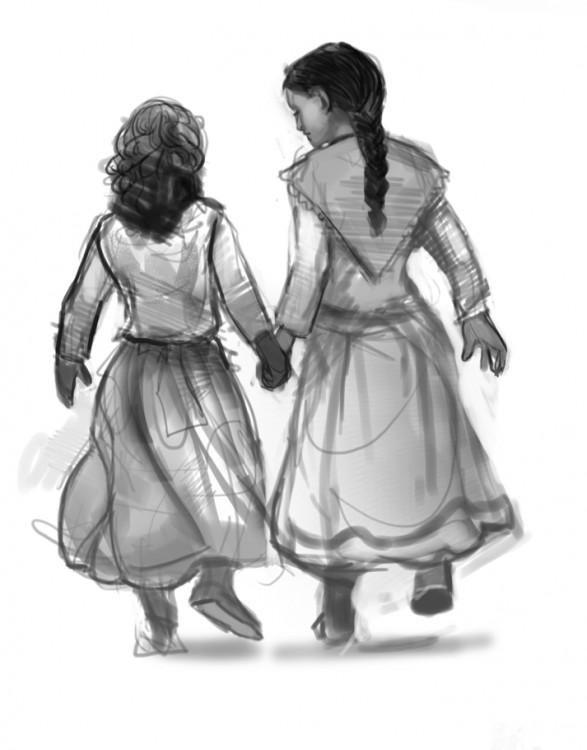