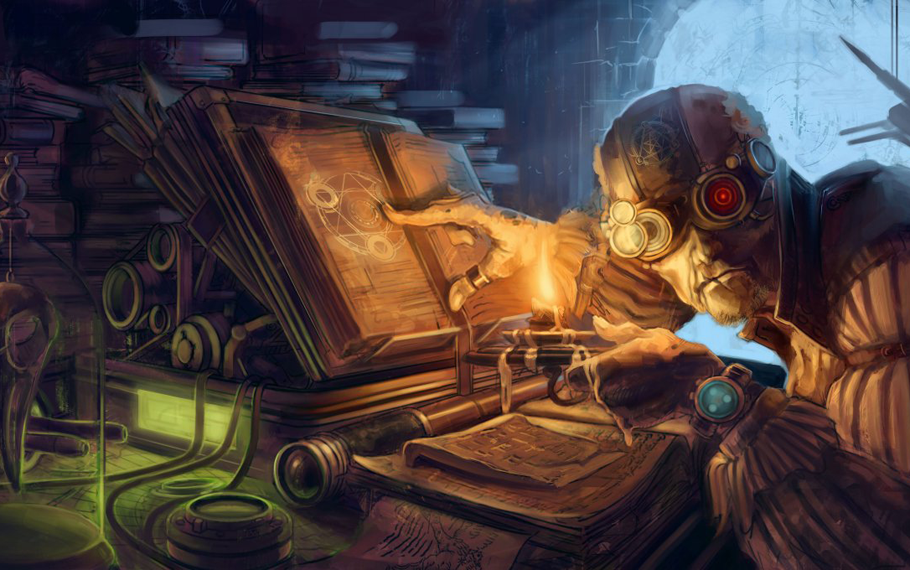 I pointed this out. The things she said next were even less charitable. 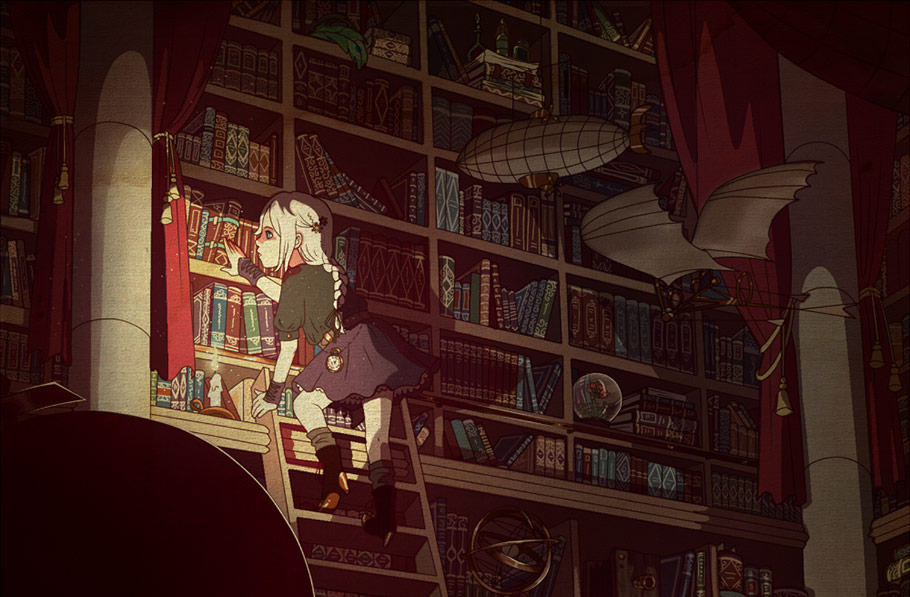 The problem, as it turned out, was my trying to write from home. When Jo and I moved to Vermont, newborn baby under one arm, newborn three-book deal under the other, I had a romantic notion of writing out on the deck while my infant son happily puttered about my feet. Jo, who works part-time, imagined ample opportunity to grow beets or trim roses or massage the local deer, all while our son puttered happily about under her feet. At the end of each day we would gather around a rustic table, break bread, and regale one another with the day’s adventures. The infant? He would be still happily puttering, we thought.

I had a romantic notion of writing out on the deck while my infant son happily puttered about my feet. 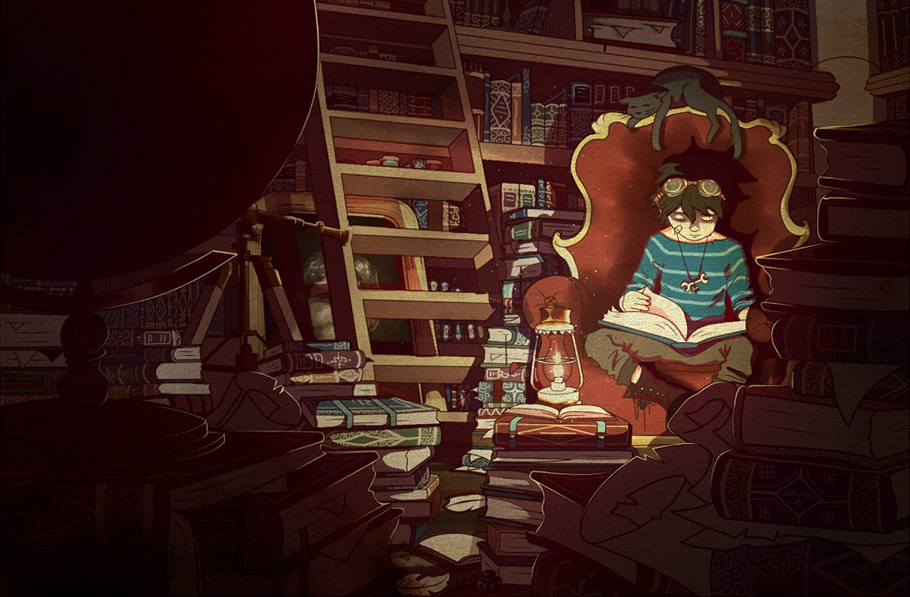 Funny thing: infants do not happily putter about one’s feet.

Funny thing: infants do not happily putter about one’s feet. At least, my infant did not. My infant was excellent at squirming, fairly decent at screaming and puking, and utterly remedial in the “happily puttering” category. Trying to write while watching my son was like trying to read while wrestling an octopus in the water at night. Jo was hard pressed to find time to massage a single deer. Our house was a wonderful, warm place, but very chaotic, very loud. Not an environment terribly conducive to writing.

And yet, the thing was, I still wanted to be around. Puking and screaming notwithstanding, I love my son more than I realized it was possible to love anything, and he was never going to be two months (or four months, or eight months) old again. The solution seemed clear – work from home and come downstairs to read kid books or snuggle during the writing breaks. I could get the book done, see Jo and Felix, and help out around the house more than I’d be able to if I was working in town.

This was a terrible idea. I’d start upstairs, writing happily away, until I hit a snag. This usually took one to three minutes. In another situation I’d soldier on, bang my head against the keyboard a few dozen times, and solve the problem. When I could hear my family laughing out in the yard, however, it was easy to close the laptop (for just a few minutes, mind you!), head outside, and start roughhousing in the clover. Bucolic bliss! Domestic intimacy! Momentary co-parenting!

Anyone reading closely will have paused at that last ejaculation. Momentary co-parenting, seductive as the notion might seem, is not a thing. Not only is it not a thing, the thought that it might possibly be a thing is utterly infuriating to the parent doing the lion’s share of the parenting, in this case, Jo. Seeing me playing with the baby, she’d seize the chance to do some other task: maybe something crucial to our continued survival, like calling the propane company, maybe something crucial to her continued sanity, like reading a few pages of a book. So far, so good.

The writing engine, however, never really quits – it just goes into neutral for a while. Sooner or later, while cavorting in the leaves with my son (I realize the season just changed from summer to fall. This went on for a while.) I’d have the (hopefully) brilliant idea that would solve the most recent plotting (or character, or historical) problem, leap up, start to go to my computer, then realize that I was the only parent in sight.

This was my job. Tor had paid me to write three novels, and I needed to deliver those novels on time. And then, of course, there’s all the ancillary activity that comes with writing: tweeting, responding to tweets, blogging, doing interviews, writing guest posts, going to readings, blurbing other books, and the rest of it. I thought of myself as a person working nine-to-five six or seven days a week, even if I was working from home. These little breaks were, in my mind, the equivalent of stepping away from a desk in a cubicle to spend a few minutes chatting at the water cooler. Everyone takes breaks at work; that doesn’t mean you’re not working.

As Jo pointed out to me, however, you can usually tell when other people are working because they are at fucking work. A break at the water cooler looks different from a guy still in pajamas going sledding with his son or cracking open a beer with his wife at noon. While everyone in a traditional workplace understands what’s happening (or at least, what’s intended to happen) inside the office, the expectations inside a home are far more fluid. I felt fine – I felt happy – sliding fluidly between my three roles of writer, husband, and father. Jo, however, felt baffled.

“It’s impossible to tell,” she protested, “if you’re working, or hanging out, or playing. I don’t know when you’re done for the day or planning to keep writing all night. You might come down and play with Felix for two minutes or an hour, and it’s not fair to expect me to know.”

And she was, as she usually is, right. 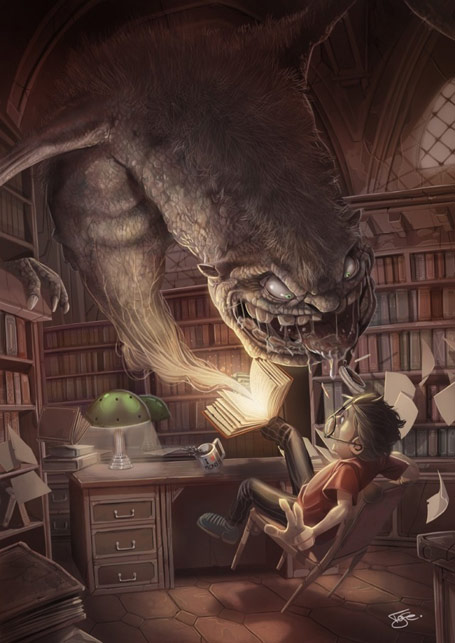 I believe as firmly now as I did then that the creative process is non-linear. I usually have my best ideas when I finally slam the computer shut and go for a run. Which, of course, leads me scurrying back to my computer to type furiously for an hour. From inside the walls of my own head, it makes perfect sense, but from the outside, from where my wife is sitting, it looks like selfish insanity: We’re chatting. I’m playing with the baby. I HAVE TO GO RIGHT NOW THIS VERY SECOND I HAVE A GREAT IDEA. It is a process built for one.

The solution, as most good solutions are, has been simple: I go away to write. I spend a lot of my time in the public library in town. I also drink what is probably an unhealthy volume of coffee at our local coffee shop. There is just one rule that Jo and I have agreed upon: writing happens somewhere else.

Now that I have a family, however, the order of priorities is all topsy-turvy. I love writing, I am contractually obligated to write, and it’s the main source of our income. And yet most days, it’s very, very hard to pull myself away from my son and my wife, to go to the library when they’re cooking pancakes, or going to the farm, or just reading books on the couch. Without a clear line of demarcation between family life and writing life, I’d constantly be trying to do both at the same time, and fucking up both.

Hence the rule: I go away to write. Which is why I need to write like a banshee right now. I’m breaking the rule. I’m home. My wife is upstairs putting my son to bed, and when she comes down, I’m closing this computer, shutting off all thoughts of plot and character, and drinking a bottle of wine with the woman I love.

After teaching literature, philosophy, history, and religion for more than a decide, Brian began writing epic fantasy. His first book, The Emperor’s Blades, is the start of his series, Chronicle of the Unhewn Throne. The Providence of Fire, is due out in January and available for preorder now. Brian lives on a steep dirt road in the mountains of southern Vermont, where he divides his time between fathering, writing, husbanding, splitting wood, skiing, and adventuring, not necessarily in that order.