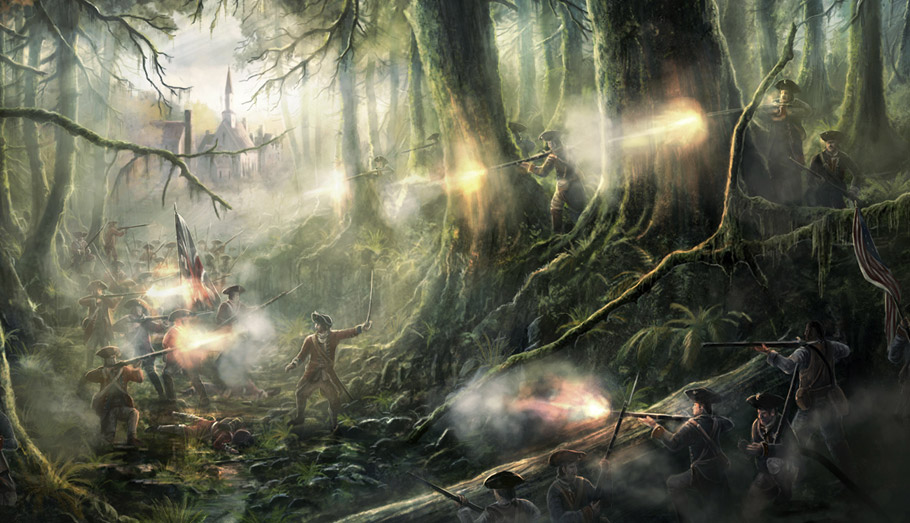 Guns of the Dawn is set in a fantasy world: there are wizards, there are sentient non-human races, the names of the nations are all fictitious. At the same time, Guns is far more of an ‘echo history’ than Shadows of the Apt was 1. Specifically, the world and time of Emily Marshwic and her peers is a distorted mirror of Regency England, the start of the 19th century and the Napoleonic war. There are other strands in there – something of the English Civil War, something of the American War of Independence (for it is a war story) – but the Regency thread is by far the strongest.

It’s probably a load of nonsense to claim this period as ‘The Rise of the Novellists’. Still, looking back via the truncated view of time our perspective allows, it’s tempting to make an argument for it: new readerships amongst new demographics, new types of story being told. It’s not just Austen (writing very much in the moment, with Pride and Prejudice out in 1813), Shelley’s Frankenstein was first seen that same year – perhaps it’s that this is when women novellists really seize the public imagination for the first time? I’m not enough of an academic to make the case, and there were certainly women writers before this 2, but you could argue that expanding middle-class readership meeting aspiring female authorship created a sweet spot that led to this flowering of fiction. The age of Napoleon and Prince George is one that has been chronicled in an intimate way past ages were not. It has lodged in the literary subconscious, to be turned and re-turned, both within living memory of the events (Tolstoy, say), and far later (Cornwell’s seminal Sharpe books of course).

There has been something of an Austenian revival amongst genre
writers.

There has been something of an Austenian revival amongst genre writers. Aside from the well-trodden zombies element and PD James’ murder mystery, fantasy writers have found much to love there. Novik gives us the military spectacle of Temeraire, history tweaked out of line by the presence of vast dragons that do battle like ships of the line. Two years before, of course, was Clarke’s Jonathan Strange and Mr Norrell (now being filmed, because it’s a period the cameras love as much as the writers).

What is it that makes the age of Austen and Napoleon so attractive to the fantasy writer particularly? It’s certainly not the only period that gets such treatment – the Steampunk revolution has thrust the other end of the 19th century more into the limelight for sure – for better or for worse, in fact.  Both periods have something of the same opulence for the rich – the gorgeous and elaborate costumes, the decadence and ennui and delicious vice – whilst having a satisfactory level of picturesque squalor for the poor. Perhaps the Regency period is both more colourful and less squalid (with the industrial revolution yet to properly revolve), though. Certainly the unsettling socio-political element of a lot of steampunk is less evident – if your story is set in England (or some place like it) and you have Napoleon breathing down your neck, it’s easier to tell a story about heroism against the odds than if you have the ironclad might of the British Empire (and its steam-dreadnaughts) backing you up. 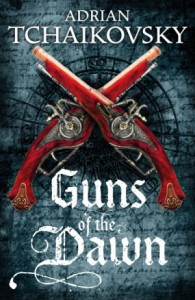 Buy Guns of the Dawn by Adrian Tchaikovsky: Book

Austen and Napoleon, though: I think this is one of the great hooks of the period. Because of writers like Austen we have preserved a picture of the everyday lives of the time – men and women for whom the history-book events of the age were only a backdrop to their personal stories. At the same time, the Napoleonic wars were one of the very last flourishes of the old world, in the face of an all-encompassing modernisation which would give us the Great War within a century, and plenty of wars in between. Bright uniforms and social divides, salt of the earth soldiers, folk songs, Polly Olivers, cavalry charges that weren’t doomed from the start (the Light Brigade wouldn’t start their charge for forty years or so). The Regency period is a perfect balance point to tell stories about war and peace 3 – those who fight, and those who stay at home. The wealth of existing literature, the songs, the correspondence all serve to paint this relatively brief flowering of time in sufficient detail for we later writers to crib from and tell all manner of stories.