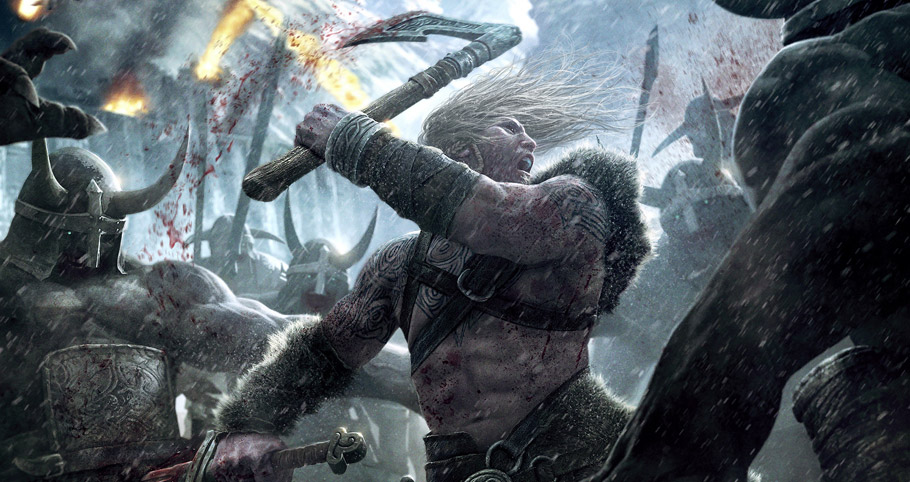 If there are a thousand readers, there are a thousand answers to that question, and Polansky often attempts to find the correct answer to fit the person who’s asking. “There’s the answer that I give to bloggers or interviewers or editors or anyone else who might help generate sales,” he said. “Those Above is the story of a civilization of near-perfect, almost-immortal humanoids who live in a wondrous city at the center of the world, and of the attempts of their enslaved human population to shake off this yoke. There are multiple intersecting viewpoints, there’s political scheming and moral quandaries, there’s sword fights and murder and just enough sex to keep the thing entertaining.”

A book is a thousand ideas held together in tight chain

It works. The book is about all of those things, but it’s not the entire truth. “This has the virtues of being simple and not an outright lie,” Polansky explained. “But it is not my answer, I mean it is not what I secretly think the book is about. Of course a book is no more a single idea than a house is a single brick; a book is a thousand ideas held together in tight chain, shaved down of its extraneous bits and deeply polished. Those Above began, in a past which seems very distant, with with an image—of a giant of a man in a torn hauberk, scarred and fierce and dying futilely, as most of us do. He sort of held my attention, this killer, this savage, this tragic brute. Who was he and how he had become so?”

Those thousand ideas all spawn from that single moment, that freeze frame from within a larger narrative yet to be discovered. I loved Polansky’s description of what happens next.

I would say that Those Above is about the ways in which our upbringing and background bind and narrow our perceptions, limit us in ways which we cannot articulate or even entirely comprehend.

“And like a spot of mold, thoughts began to accrue around him,” he revealed. Nothing glamorous about mould, but it spreads and grows. “Questions, mostly. How would the existence of a non-human species capable of higher thought effect our essentially anthropocentric notions of morality? How would a superior civilization look to someone from an inferior? How might a woman grasp the reigns of power in a society which officially bans them from playing a role in public life? How, by contrast, would a culture look like if the species which had created it were minimally sexually dimorphic? If you were gonna murder a dude with a knife, how would you go abut doing it?”

As there are a limitless number of readers, there are a limitless number of ways a book is written, and Polansky has found, after four books now, that this fractal and chaotic process has prove true each time around. “Such, in my experience, is how a book is written,” he said. “Things glom together until the whole edifice is larger than it needs to be, and then you go back through with a razor, clearing away the brush and debris, the weak ideas and the half-hearted fantasies. And then at the end of it there is this manuscript with your name on it, etched and bound, and you left confused and perhaps faintly proud.”

And the end result is something that will leave fans of big, epic fantasies something to sink their teeth into:

They enslaved humanity three thousand years ago. Tall, strong, perfect, superhuman and near immortal they rule from their glittering palaces in the eternal city in the centre of the world. They are called Those Above by their subjects. They enforce their will with fire and sword.

Twenty five years ago mankind mustered an army and rose up against them, only to be slaughtered in a terrible battle. Hope died that day, but hatred survived. Whispers of another revolt are beginning to stir in the hearts of the oppressed: a woman, widowed in the war, who has dedicated her life to revenge; the general, the only man to ever defeat one of Those Above in single combat, summoned forth to raise a new legion; and a boy killer who rises from the gutter to lead an uprising in the capital.

Those Above is Polansky’s fourth novel, but the first in a new series, The Empty Throne. On the surface, it’s about the things that first spawned from that image of the defeated warrior, those questions about humanity, society. Those above and those below. But it’s also about more than that, Polansky realizes after having spent so long with the text. “At this point, having worked on it for close to two years,” he said. “I would say that Those Above is about the ways in which our upbringing and background bind and narrow our perceptions, limit us in ways which we cannot articulate or even entirely comprehend.”

Fancy words, fancy thoughts, but Polansky recognizes that thematic meanderings are a difficult sell, much moreso that a scarred and dying brute. “But who would buy that book? How would you make a cover for that book? Who is going to blurb that book? I have no idea, I just know that I wrote it. 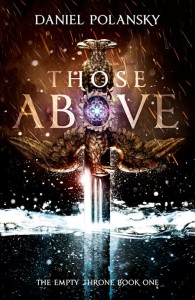 Buy Those Above by Daniel Polansky

Or suspect I wrote it, because of course, how can I know for sure? Socrates observed that ‘not by wisdom do poets write poetry, but by a sort of genius and inspiration; they are like diviners or soothsayers who also say many fine things, but do not understand the meaning of them.’ By modern century-standards a bit mystical sounding, but there’s certainly something there. A novel is at once a deliberate act of creation and an unconscious record of your own perspective. There is more on the page than you intended—you have scattered secrets unaware.”

Those Above is available now from Hodder & Stoughton. “If anything I’ve written here is of interest to you, please go ahead and check it out,” Polansky implores. “If what I’ve written here had seemed pedantic, dull or uninteresting, I would equally strongly suggest you purchase a copy and offer it to a hated ex-lover, or a work rival. If you do buy it though, and you read it, and you like it to some degree or another, please do me a favor—drop a line and let me know if you have any idea what it’s about. I’m still trying to come up with a good cocktail party shorthand.”